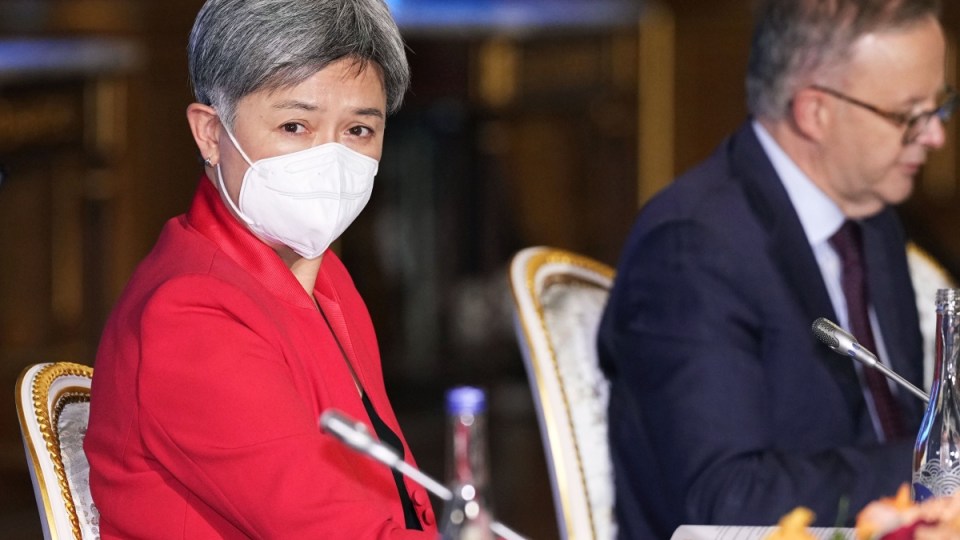 Foreign Minister Penny Wong has vowed Australia will more closely listen to the concerns of Pacific island nations, particularly on the need for increased action on climate change.

In a speech to the Pacific Islands Forum Secretariat during a visit to Fiji, Senator Wong pledged the new Albanese government would work alongside Pacific neighbours on security in the region.

The visit to Fiji comes amid heightened security tensions, following China’s decision to sign a security pact with the Solomon Islands.

Chinese Foreign Minister Wang Yi will also visit the Solomon Islands this week, along with Fiji, as part of a rapid tour of the Pacific region.

“The triple challenges of climate, COVID and strategic contest will challenge us in new ways, we understand that the security of any one Pacific family member rests on security for all,” Senator Wong said in the speech.

“I commit to working with, and listening to, this generation of Pacific leaders to navigate these challenges together. Australia will remain a critical development partner for the Pacific family in the years ahead.”

Senator Wong also used the speech to pledge Australia would reinstate an ambassador for climate change, as well as appoint a First Nations ambassador, who would lead a new office within the Department of Foreign Affairs and Trade.

The foreign minister said Pacific nations had led the way on climate action and Australia need to step up.

“Under past governments, Australia has neglected its responsibility to act on climate change, ignoring the calls of our Pacific family to act,” she said.

“I want to assure you that we have heard you.

“This is a different Australian government. We will stand shoulder to shoulder with our Pacific family in response to this crisis.”

The meetings come as China also seeks security arrangements with other Pacific nations that resemble the controversial Solomons pact.

The details of the new arrangements are contained in pre-written joint statements Beijing officials plan to release after meetings with 10 island nations on Monday, documents obtained by AAP show.

While the China-Pacific meeting is to be held on video-link, Fiji is co-hosting the event alongside Beijing.

Senator Wong said Australia would remain a critical development partner for nations in the Pacific for many years to come.

“We are a partner that won’t come with strings attached, nor impose unsustainable financial burdens,” she said

“We are a partner that won’t erode Pacific priorities or institutions. Instead we believe in transparency.”

The foreign minister also pledged to boost overseas development assistance to the Pacific by $525 million over the next four years.