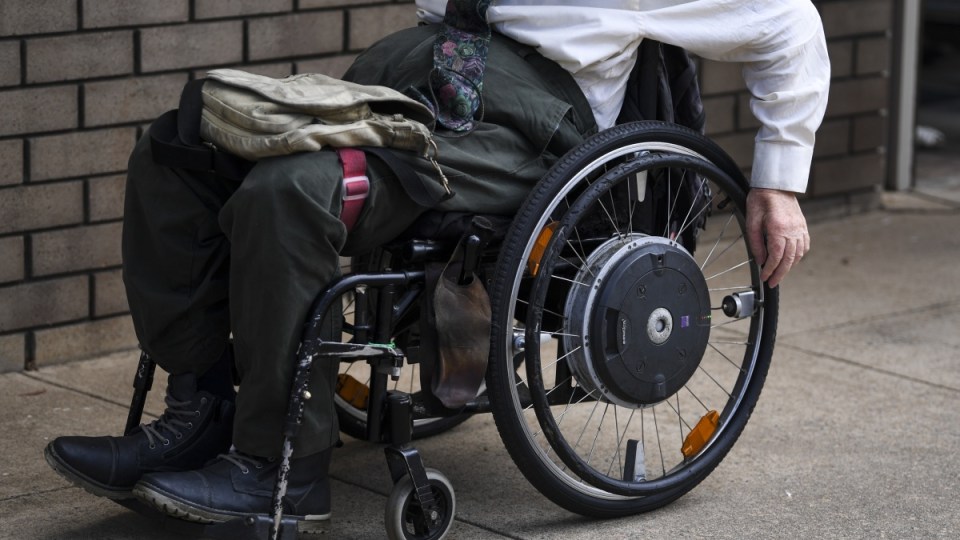 A royal commission has heard concerns over the rapid growth of a Sydney disability service. Photo: AAP

A former senior executive with a disability services provider based in Sydney was told to “grow a backbone” after raising issues over the quality of its programs, a royal commission has been told.

The woman, identified as Rachel, worked for the Australian Foundation for Disability, also known as Afford, for about five years until her resignation in early 2020.

In a statement read to the Royal Commission into the abuse and neglect of people with a disability on Wednesday she said during her time with the group she became concerned with its heavy focus on growth.

That included the organisation’s desire to be the “biggest and the best” without reflection on what best might mean.

Rachel said she grew worried that the safety and quality of the services and respect for the rights of its clients were not the top priority.

“I had become increasingly worried about Afford’s systems and processes to ensure compliance with all the regulatory frameworks given that the organisation had gone through such a rapid period of growth,” she said in the statement.

“Afford had no central person or department overseeing quality, compliance or work health and safety.”

Rachel said she raised her concerns with the then chief executive and urged the appointment of a person to overhaul, implement and monitor compliance.

“I recall that shortly after this there was a telephone conference meeting of the senior executive team during which the CEO shouted at me and said words to the effect that I needed to grow a backbone,” she said.

“I understood that he remained very opposed to the idea of bringing on anyone whose job would be to focus on issues of compliance or service quality.”

Rachel said she ultimately took her concerns to the Afford board, but by that point was beginning to feel unwell and increasingly targeted.

Soon after she was suspended and was told she was being investigated over complaints from colleagues, allegations she believed were vexatious.

“I understood that an investigator was hired to investigate the complaints against me but I had reached the point where I had just had enough and I offered to resign,” she said.

“Until the complaints I had never been the subject of any form of disciplinary action nor been told that my performance was anything other than satisfactory.”

The Royal Commission is conducting a five-day examination of the services provided by Afford with a focus on its day program at Mt Druitt, where a number of young disabled men were abused.

In other evidence on Wednesday, executive Wayne Adamson told of a number of cultural issues at Afford under the previous senior management including staff being “shut down” in front of their peers if they raised concerns.

But he said under the newly appointed chief executive, staff were being encouraged to raise issues.

“They are able to speak up in a more comfortable environment without fear of being ridiculed,” he said.

“We’re starting to see a more professional level at the senior executive team.

“We’re on that path to continuous improvement, especially in those areas where it’s been well overdue.”

On Tuesday the Royal Commission was also told that the rapid growth of the Mt Druitt operations had resulted in a “dangerous” situation with clients not properly supervised.

A former senior staff member with the day program, identified as Dianne, said the service was growing so fast that at times she asked for intakes to be cut.

“We weren’t able to catch every issue coming through that door because it was just growing too quick,” Dianne said.