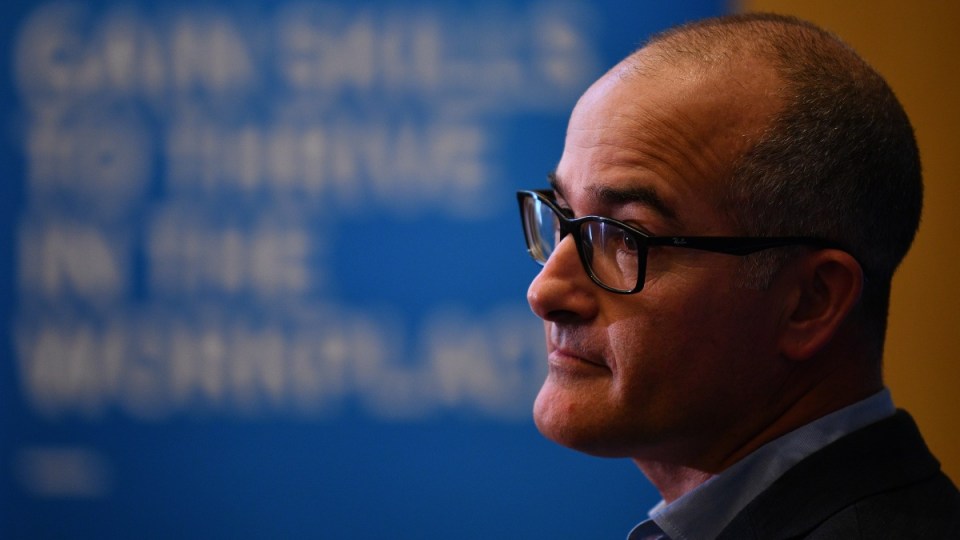 Victorian schools are still grappling with temporary closures because of COVID-19, as more than 120 unvaccinated teachers were forced out of their jobs last month.

Education Minister James Merlino said the biggest challenge the school system faced was staff furloughs because of people testing positive for the virus.

“That’s going to be the issue of 2022,” he told a budget estimates inquiry on Monday.

However, he maintained schools were managing for the most part with casual relief teachers, along with a pool of almost 1000 retired teachers recruited back into the workforce to help bolster the system.

Year 8 students at Greater Shepparton Secondary College in the state’s north were forced to learn from home on Monday because of staff shortages.

He said they had not worked since October and were put on “unauthorised absences”.

“This will have no impact whatsoever on the operation of Victorian government schools.”

He said another about 200 teaching staff were yet to receive their third vaccination dose, in line with requirements.

Liberal Member for Western Victoria Bev McArthur said the teaching staff who did not meet vaccination requirements could otherwise eat and shop wherever they liked.

“They can attend religious services (and) events – they can even go to brothels – but they can’t work to earn a living,” she said.

“Why wouldn’t you make use of this available workforce?”

Mr Merlino reiterated there was no operational impact on schools across the state, and said COVID-safe measures including vaccination requirements were to thank for children being allowed back in their classrooms.

As for mental health, the number of young people presenting to emergency departments and people with eating disorders across the state had dropped below last year’s levels, Mr Merlino said.

“But we’re still above where we were pre-pandemic,” he said.

“That’s why the investments that we’re outlining today, through this budget, through the previous budget … [are] about what we need to do to support Victorian communities.”

Mr Merlino said the Andrews government would pour an additional $1.3 billion into mental health in Victoria, which was a level of investment the state has never seen.