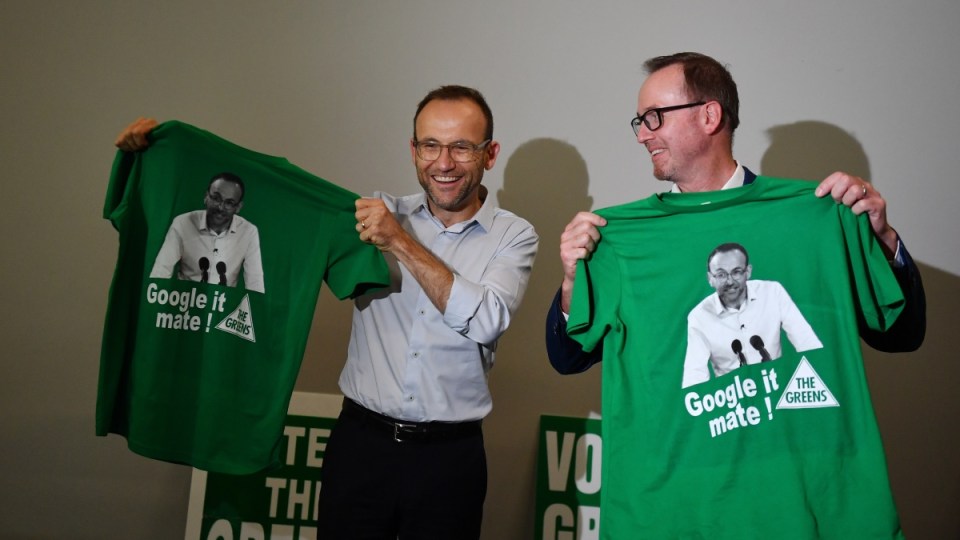 Adam Bandt says the Greens plan to kick out the Liberals and keep Labor on track. Photo: AAP

Greens leader Adam Bandt has laid out the priorities for his party should it hold the balance of power after Saturday’s federal election.

Taking urgent action on climate change, dealing with the cost-of-living crisis and providing justice for Australia’s First Nations people by progressing the Uluru Statement from the Heart are among the list of demands.

Mr Bandt will on Tuesday call on the party that wins the federal election to sign US President Joe Biden’s Global Methane Pledge, to phase out methane gas.

The gas is one of the nation’s fastest-growing sources of emissions.

“Voters deserve to know what will be on the negotiating table,” Mr Bandt said at the Greens national campaign launch in Brisbane on Monday.

“Of course we want to see all our policies implemented, but these will be at the top of the list.”

The Greens want to tackle the climate crisis by stopping new coal and gas mines, and address the rising cost of living by getting dental and mental health into Medicare, building affordable housing, and making child care free.

“We can kick Scott Morrison out and elect a parliament with Greens in the balance of power getting action on the big issues that are facing this country,” Mr Bandt said.

The party also wants to address inequality and cost-of-living pressures by wiping student debt and increasing income support above the poverty line.

“We face a crisis on several fronts,” Mr Bandt said.

“As we have seen in recent months, and again here in Queensland this week, the climate crisis is getting worse.

“The cost of living is pushing more people into poverty and hardship, creating an inequality crisis.

“Wages have flatlined. Work is insecure. Affordable housing is out of reach.”

At the same time, the Greens will make big corporations and billionaires pay their “fair share” of tax.

“This election has become a narrow contest between a terrible government that’s got to go and a visionless opposition that keeps agreeing with them,” Mr Bandt said.

“The Greens will kick the Liberals out and keep Labor on track.”

The Greens released its policy costings, which were prepared by the independent Parliamentary Budget Office and relate to the period 2021-22 to 2024-25.