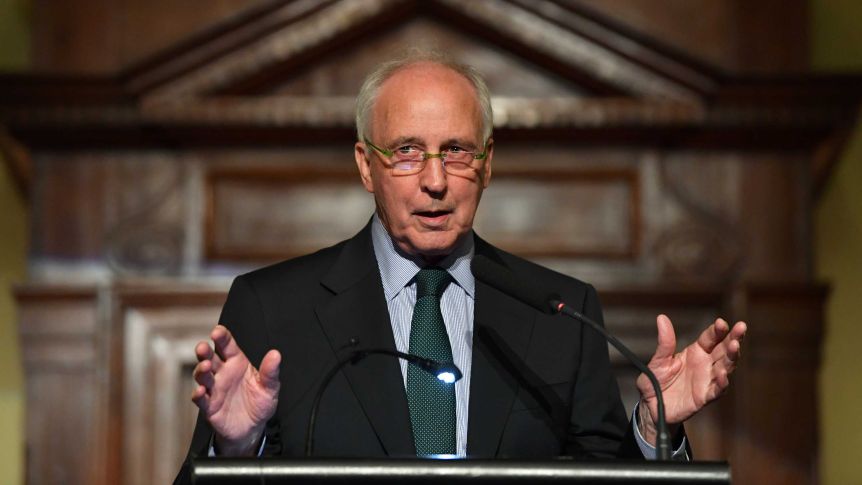 A Coalition plan to allow first-home buyers to use their superannuation to buy property has been slammed as a “frontal assault” on super that would light a fire under house prices.

Announced at the party’s campaign launch in Brisbane on Sunday, the policy would allow first-home buyers to use up to 40 per cent of their superannuation savings, up to a maximum value of $50,000, to help buy a home.

The uncapped ‘Super Home Buyer Scheme‘ would apply to new and existing homes, with the invested amount and a share of any capital gain to be returned to home buyers’ superannuation funds once they sell their property.

Prime Minister Scott Morrison told the campaign launch that helping young voters buy their own homes was the best way to help them achieve financial security in their retirement.

But economists said the policy would drive up house prices while former Labor leader Paul Keating, the architect of the compulsory super system, said it amounted to “no more than another frontal assault by the Liberal Party on the superannuation system”.

“The Liberals hate the superannuation system – they object to working Australians having wealth in retirement independent of the government,” Mr Keating said in a statement.

“The Libs believe ordinary bods should be happy with the age pension. Let them know their place.

“If the public needs yet another idea to put this intellectually corrupt government to death, this is an important offence – and with the government, its unprincipled Prime Minister.”

The policy idea was previously spruiked by Liberal MPs including Tim Wilson, who is at risk of defeat in the Victorian seat of Goldstein, but it failed to get up under former prime minister Malcolm Turnbull.

The Coalition says the plan would make it easier for Australians to buy a home by reducing the time it takes to save for a deposit by an average of three years.

But economists argue the policy would simply push up house prices, at least in the short term.

Grattan Institute economic policy program director Brendan Coates told The New Daily the plan would increase prices by boosting demand. But he added that prices should stabilise down the track.

Mr Coates said he was unable to estimate how much house prices would go up in the immediate future if the policy was implemented.

“Once you deal with that bring forward with demand, as people saving for a deposit use the scheme to get themselves over the line, the impact of housing prices over the long term will be relatively modest,” he said.

Over the long term, accessing up to 40 per cent of super will just become “an established part of how a lot of people think about getting into the housing market”.

Mr Coates said the policy should not affect people’s ability to save enough money for retirement, as under the superannuation guarantee “people save too much anyway”.

The current rate of employer-mandated contributions is 10 per cent of a person’s salary, but this is legislated to rise to 12 per cent by July 2025.

“The rate of compulsory super is already too high and so from that sense I don’t think this is going to condemn anyone to a life of poverty in retirement if they use this to buy their own home,” he said.

“It provides more support to people that already have more because they’re using their own super to get into the market.”

Independent economist Saul Eslake was more scathing of the plan, telling The New Daily that “this reckless inflation of house prices must stop … and this is what this scheme will not do”.

He said if the maximum amount is withdrawn, the policy would allow single households to pay $250,000 and couples $600,000 more than what they otherwise would on a new house.

“We have now almost 60 years of evidence going back to the first-home owners grant scheme that the Menzies government introduced in 1964 … that schemes which allow Australians to pay more for housing than they otherwise would result in more expensive housing, not in higher home ownership rates,” he said.

“You have to ask yourself: Why do politicians keep doing things in the face of such overwhelming evidence that they don’t work?

“The only answer that I can give is, for all the crocodile tears they shed about the difficulties faced by would-be young first-home buyers, they know that in a typical year there are only 100,000 of them who succeed.

Mr Eslake conceded that the house price increase would “have a one-time impact” and the rate of house price inflation would not go up permanently.

“But, the house prices will be higher than they otherwise would have been,” he said.

Both Mr Eslake and Mr Coates agreed that capping the policy would have gone some way towards limiting a potential house price hike.

Data released earlier this month by CoreLogic and ANZ Bank revealed that many households have gone backwards in their efforts to overcome the property deposit hurdle in the two years to March, with soaring house prices far outpacing income growth.

Modelling released five months ago by the McKell Institute found that allowing prospective buyers to access $40,000 of their superannuation would push up house prices in Sydney by more than $40,000 and in Brisbane by almost $100,000.

It found an additional $25 billion of debt would be incurred by Melbourne households while debt in Sydney would increase by $23 billion.

“Every heavy hitter in the Liberal Party of the last generation that have looked at this issue have knocked it on the head – whether it is John Howard, Peter Costello, Malcolm Turnbull or Mathias Cormann,” he said.

It comes after a parliamentary committee chaired by Liberal MP Jason Falinski recommended in March that the government allow buyers to use their superannuation as security for a home loan but not as a deposit.

In its final report released on March 18, the committee noted that “allowing first-home buyers to access or borrow against part of their super to purchase a home would, in the absence of increased housing supply, likely increase demand and lead to higher property prices”.

Labor’s housing affordability policy is based on the government taking on up to 40 per cent of the cost and equity in a new home up to a value of $380,000.

Under the ‘Help to Buy’ plan, home buyers would avoid paying lenders mortgage insurance and would take on far less debt. They could then buy back the government’s stake in stages, or pay it back after the eventual sale of their homes.

Mr Eslake said that Labor’s policy would also put upwards pressure on house prices, but to a lesser degree than the Coalition’s plan due to stricter eligibility requirements.