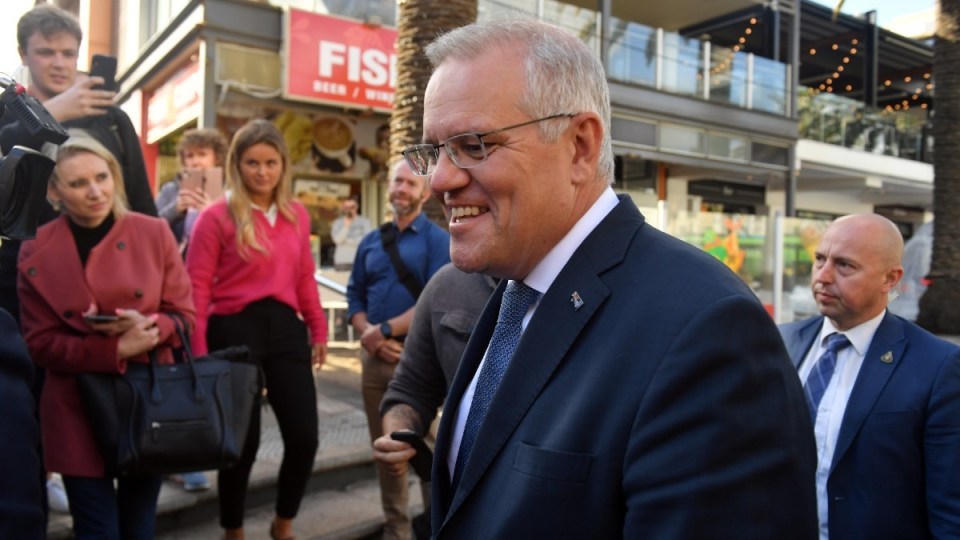 Prime Minister Scott Morrison will spruik a new small business pledge, while Anthony Albanese will make his pitch to industry leaders, as the focus of federal campaign turns to the leaders’ economic credentials.

Mr Morrison said the Coalition would look to create 400,000 new small businesses during the next five years, should the government be re-elected.

The government also announced it would spend $17.9 million on the Business Energy Advice Program to help small businesses be more efficient, in an attempt to cut back on power bills.

“We have the track record to set the conditions that help businesses, and our ambitious pledge will see 400,000 more join the economy,” Mr Morrison said.

Figures from the tax office reveal government tax incentives led to $23 billion in business investment in the past year.

Meanwhile, the Labor leader will address the Australian Chamber of Commerce and Industry in Sydney.

Mr Albanese will pitch the need for economic reform.

“A country cannot keep drawing from an old well, because the well eventually dries out,” he will say.

“Australia needs a new playbook to seize the future.”

Among the measures proposed by Mr Albanese is universal childcare, which he said would help increase workforce participation.

It comes after the Reserve Bank raised interest rates for the first time in almost 12 years on Tuesday, with the cash rate increasing from 0.1 to 0.35 per cent.

The rate hike has put cost of living pressures at the centre of the campaign, with both leaders claiming they would better manage the financial squeeze being felt by Australians.

What young voters are tweeting about

Twitter says climate change action is the key election issue for young Australians, as the social media platform encourages first-time voters to share the issues most important to them.

Twitter has partnered with YouGov to identify key differences on issues driving votes between older and younger generations.

With Gen Z and millennials to outnumber older generations by 2024, the research focuses on young Australians set to cast their vote for the first time.

Twitter public policy director Kara Hinesley said the platform’s mission was to “serve the public conversation” and that this mission was never more critical than during an election campaign.

“From first-time to seasoned voters, Twitter is a space for everyone to source information and diverse perspectives and to discuss the political issues, topics, and candidates that matter to them most,” she said.

According to the data, 35 per cent of young people aged 18-24 say climate change action is the most important factor for them when casting their vote.

While only 11 per cent of voters over the age of 65 prioritise climate change action as a key election issue.

Twitter partnered with the Australian Electoral Commission to encourage young Australians to have their voice heard by enrolling to vote.

First-time voters are encouraged to share the political issues most important to them by using the hashtag #MyFirstDemocracySausage.
Since the election began, there have been over 1.3 million #Auspol related tweets.