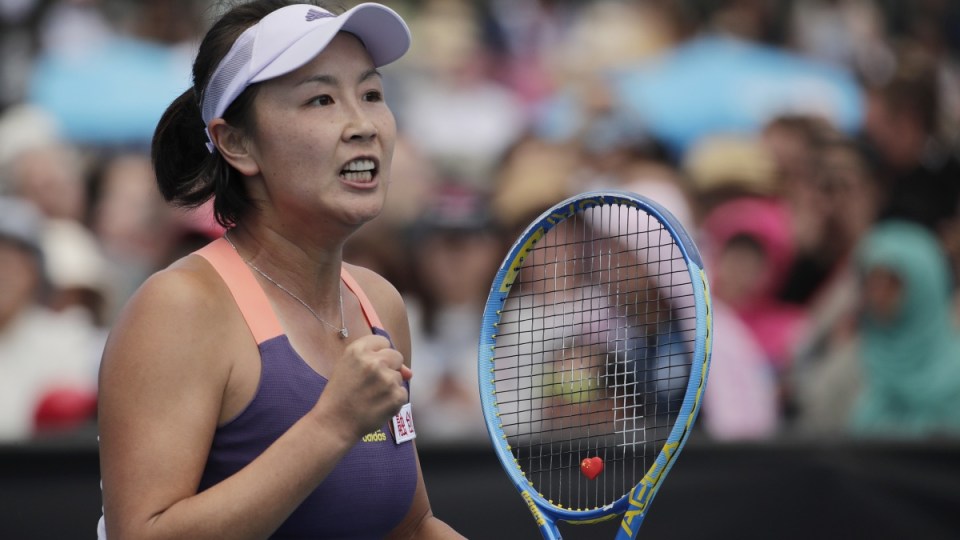 Women's tennis cancelled events in 2022 in China due to concern over the safety of Peng Shuai. Photo: EPA

The head of the WTA has said the women’s tour hopes to return to China in 2023, having pulled events from the country this year due to concern over the safety of Chinese player Peng Shuai.

WTA chief Steve Simon confirmed there will be no events in China in 2022 but said the tour is ready to return next year if a resolution to the issue can be found that suits all parties.

The post was soon deleted, any reference censored, and Peng later said she did not make the allegations.

She met International Olympic Committee president Thomas Bach around the Beijing Winter Games in February but concerns around her wellbeing have remained.

“We are not about walking away from China. We have suspended our operations there right now. We will continue to do that until we get to a resolution.

“We will stay resolute. We do hope to be back there in 2023 with the resolution that shows progress was made in the space. That’s a victory for the world if we can accomplish that.”