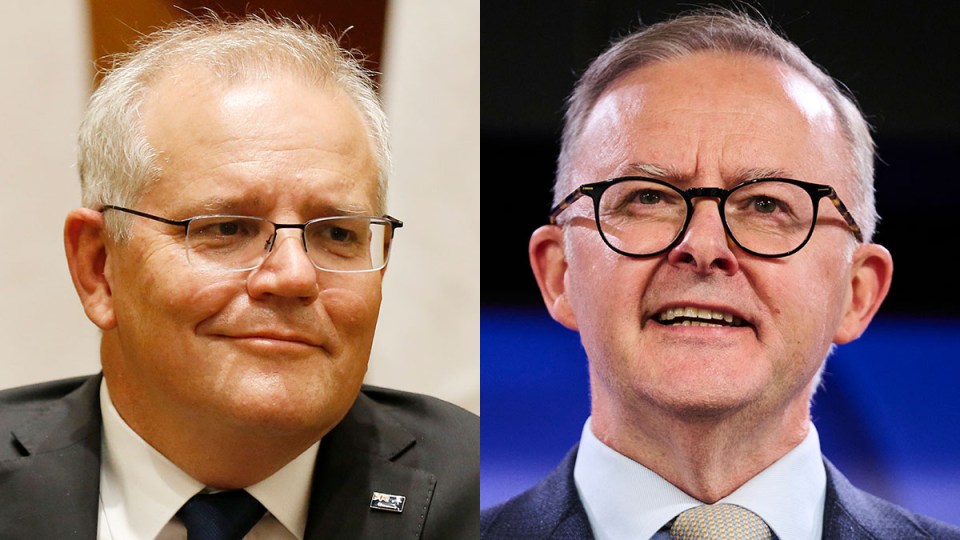 Labor continues to lead the Coalition 53-47 on a two-party-preferred basis, after the latest Newspoll was released on Monday night.

Consistent with the results of the past two surveys, the result means Labor remains on track to secure majority government, despite Anthony Albanese being confined to seven days in isolation with COVID-19.

Conducted for The Australian newspaper, the exclusive poll of 1538 voters interviewed online was conducted between April 20 and 23 during the second week of the election campaign.

Both major parties recovered ground after the record support for independents and minor parties in the last Newspoll a week earlier, with each gaining a point.

The gains by Labor (37 per cent primary vote) and the Coalition (36 per cent) led to the Greens falling a point to 11 per cent and Pauline Hanson’s One Nation dropping likewise to 3 per cent.

Support for Clive Palmer’s United Australia Party (4 per cent) and other minor parties and independents was unchanged on 9 per cent.

The survey period included the first leaders debate hosted by Sky News and revelations about the Solomon Islands’ deal with China, which Labor branded the biggest foreign policy blunder in the Pacific since World War II.

Prime Minister Scott Morrison had a minor win in extending his lead over Mr Albanese as the preferred PM but also suffered a fall in his approval ratings.

Mr Morrison rose two per cent to 46 per cent as the Opposition Leader – isolated with COVID-19 – remained on 37 per cent.

But this improvement for Mr Morrison was countered by a three-point decline in net approval rating, which left both leaders on a net negative satisfaction level of minus 12.

The survey has a maximum margin of error of plus or minus 2.9 per cent.

Both major parties regain ground, but Labor maintains 53-47 lead over Coalition in Newspoll