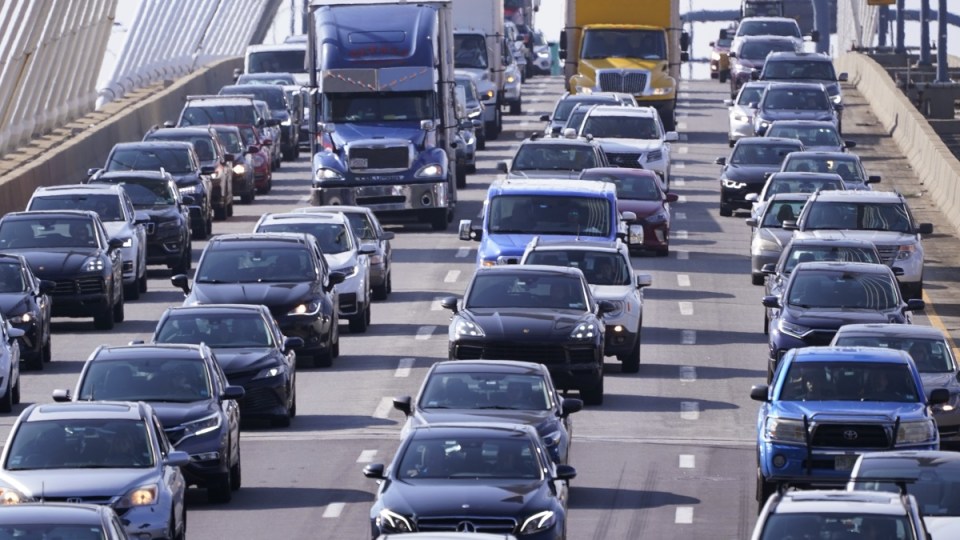 Transport accounts for the largest share of US greenhouse gas emissions - about 27 per cent in 2020. Photo: AP

The US Transport Department will award $US6.4 billion ($8.6 billion) over five years to fund projects to reduce greenhouse gas emissions.

The funding, part of a $US1 trillion ($1.3 trillion) infrastructure bill approved by Congress in November, will help states fund facilities for pedestrians and cyclists as well as projects that support the deployment of alternative-fuel vehicles.

“Transportation is the sector that contributes the most carbon emissions in the US economy, which means that transportation must aspire to be a major part of the solution,” Transportation Secretary Pete Buttigieg told reporters.

Other projects that could be funded include those aimed at reducing traffic congestion and travel demand strategies; truck stop and port electrification systems; public transport projects such as bus rapid transit corridors or dedicated bus lanes and infrastructure-based intelligent transport systems, and replacing street lighting and traffic control devices with energy-efficient alternatives.

Last year, the Transport Department said New York City’s proposed congestion pricing plan that would use tolls to manage traffic in central Manhattan would receive an expedited environmental review, but federal government has not acted.

Last month, a New York Metropolitan Transportation Authority official said the agency expects federal approval by the end of 2022, which would allow charging to begin in late 2023.

New York would become the first major US city to follow London, which in 2003 began levying a congestion charge on vehicles driving into the city centre.

Transport accounts for the largest share of US greenhouse gas emissions – about 27 per cent in 2020.

The administration says despite various roadblocks it can still achieve a goal of slashing greenhouse gas emissions by at least 50 per cent below 2005 levels by 2030.

From jobs to a federal ICAC, here are the top priorities for the new Labor government
Israel carries out air strikes on Gaza after rocket attack
Today's Stories