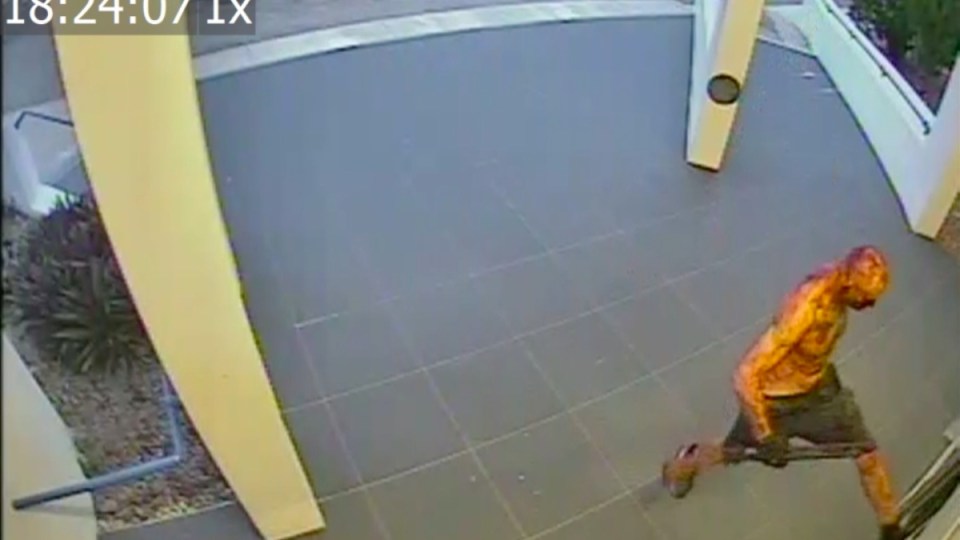 A gunman convicted of murdering three people in Darwin and killing another during a drug-fuelled rampage says he was bullied into confessing and he wants to change his guilty plea.

He’s due to be sentenced on May 27, but on Thursday the 48-year-old announced he wasn’t guilty of the killings and his first legal team had pressured and bullied him into admitting them.

“I need to change my pleas to not guilty for a medical sentence as I am mentally ill and impaired. I need a fair trial. I’m asking for a retrial,” he told the Supreme Court in Darwin.

“By no means do I want to be seen unremorseful or disrespectful (but) I’m not this mass murderer everyone is making me out to be. I was given the gun 20 minutes before the incident.

“I have medical evidence from Dr Eagle saying I have an underlying condition of paranoid personality disorder.”

Hoffmann told the court he was being given 410mg of anti-psychotic medication per day “for voice and visions”.

He said he was suffering a psychotic episode when he killed the men and didn’t know what was happening.

“I want to get better. I need a custodial supervision order. I need professional medical treatment,” he said.

“I am asking for a retrial. I am frightened of not getting the help I need. I don’t want to deteriorate anymore. My doses are going up and I don’t want to get to the point of no return.”

The court also heard Hoffmann’s legal aid funding to pay his lawyers had been terminated after he sacked his second legal team.

Hoffmann made a series of allegations in court against lawyers Bruce Levet and Alex Tees, including that the pair were bullying a junior lawyer Patricia Petersen.

“I don’t know these two, nor have they talked to me or done anything for me. I find they are a hindrance. I have sacked both of them,” he said of the second team.

He said he only wanted Dr Petersen to represent him but Justice John Burns said it wasn’t possible because she wasn’t experienced enough to handle such a serious case.

Justice Burns said Hoffmann would need to retain one of the sacked senior lawyers to supervise Dr Petersen. She agreed.

“The situation you now find yourself in is that the lawyer you want to represent you cannot do so and you currently don’t have any other legal representation,” Justice Burns told Hoffmann.

“The reason you are without legal representation is your own fault.”

He said the matter would proceed to sentence on May 27 unless an application was made to the court with evidence to prevent it.

“In the material you have read to me you say you are not guilty and that you want to change your plea,” he said.

“I will not take that as being an application to withdraw your pleas of guilty at this time.”

Justice Burns instead listed the matter for mention on May 5, saying it was possible Hoffmann may resolve his issues with his lawyers and applications would need to be made before this date.

He also said there had been no evidence of any misconduct by any of Hoffmann’s lawyers.

Hoffmann sacked his first legal team comprised of Jon Tippett QC, Peter Maley and Catherine Voumard in November, saying he had lost confidence in them and was in a crisis.