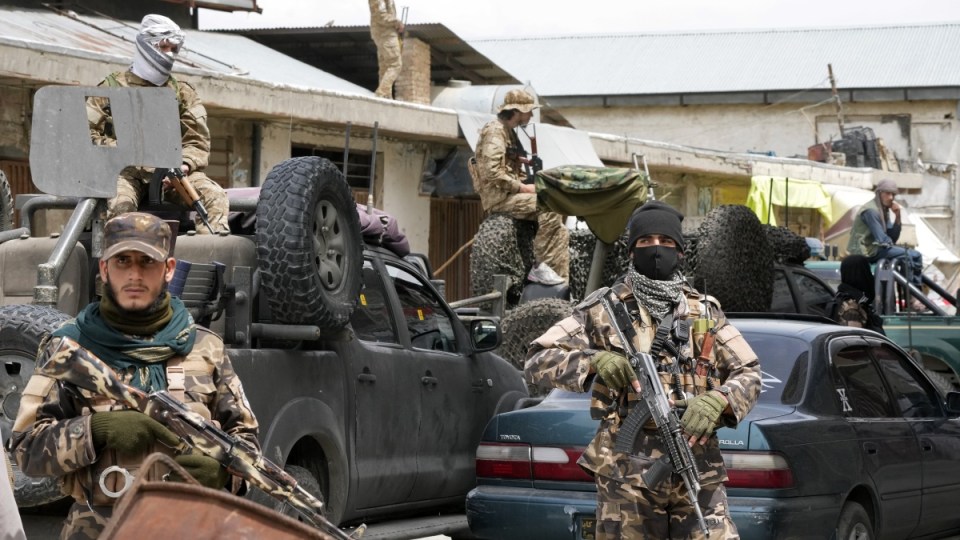 Taliban fighters stand guard at the site of an explosion in Afghanistan. Photo: AP

An explosion at a Shi’ite mosque in the northern Afghan city of Mazar-e-Sharif has killed at least 11 people.

A separate blast caused at least 11 further casualties in Kunduz, another northern Afghan city, according to a provincial health official.

The explosions came during the Islamic holy month of Ramadan and two days after blasts tore through a high school in a predominantly Shi’ite Hazara area in western Kabul, killing at least six people.

“A blast happened in second district inside a Shi’ite mosque,” Mohammad Asif Wazeri, the spokesman for the Taliban commander in Mazar-e-Sharif told Reuters.

Zia Zendani, the spokesman for the provincial health authority, said 11 people had been killed and 32 wounded in the blast.

🇦🇺 condemns the escalating sectarian violence in Afghanistan that deliberately targets innocent civilians, including today’s deadly bombing of a Shia mosque in Mazar-i-Sharif.

The Shi’ite community, a religious minority in Afghanistan, is frequently targeted by Sunni militant groups, including Islamic State.

Hospitals in Kunduz had received 11 killed or wounded people in a separate explosion, according to Najeebullah Sahel, from Kunduz’s provincial health authority.

There were no details on the location or cause of the blast in Kunduz.

A resident of Mazar-e-Sharif said she was shopping with her sister in a nearby market when she heard a large explosion and saw smoke rising from the area around the mosque.

“The glass of the shops was broken and it was very crowded and everyone started to run,” said the woman, who declined to be named.

Afghanistan’s Taliban rulers say they have secured the country since taking power in August, but international officials and analysts say the risk of a resurgence in militancy remains and the Islamic State militant group has claimed several recent attacks.