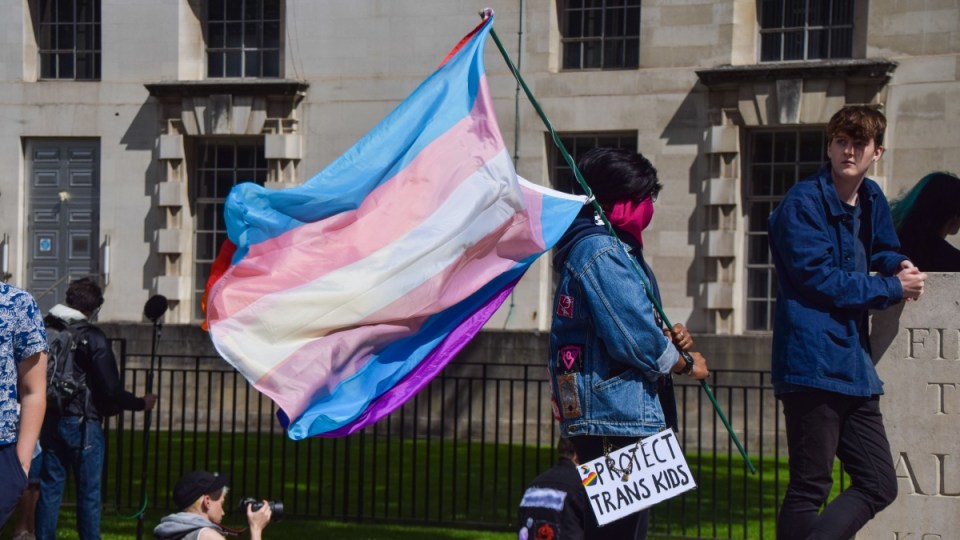 Discussions about transgender rights should always be respectful and inclusive, and engage participants to devise solutions. Photo: Getty
opinion

Right off the bat (to use a sporting phrase), let me acknowledge the complexity of discussion around transgender matters.

There is a huge variety of experience within the trans community about what being trans means and how that is represented.

As a non-trans person, it feels hard to say the correct thing, and it seems very easy to say the wrong thing. But I don’t believe that should prevent my attempt to engage, also knowing that my observation doesn’t excuse criticism of people who say very wrong things.

Next, in a cliched but heartfelt mea culpa along the lines of “some of my best friends are trans”, I sincerely acknowledge the strength and vulnerability of my transgender friends and family members.

Trans people are significantly more likely to have serious mental health issues that lead to suicide and be victims of violence.

If you are trans or are thinking about what being trans means and need to talk to someone safe, please contact a GP or a helpline.

Promoting unreasonable tirades based in bigotry is outright harmful.

But maligning reasonable discussion about issues, such as the inclusion of transgender people in sport or safety based on physicality, is not going to help any cause.

You’ll find that most major sporting codes are already addressing the matter of trans inclusion and safety with their own policies.

Sport Australia released Guidelines for the inclusion of transgender and gender diverse people in sport in partnership with the Coalition of Major Professional and Participation Sports.

And this is where I believe reasonable intervention can and should be made, to provide clarity and compassion within the framework of individual sports.

The reality is that Australia’s Sex Discrimination Act 1984 – Section 42 (1) states that in sport, it is not unlawful to discriminate on the ground of sex, gender identity or intersex status by excluding persons from participation in any competitive sporting activity in which the strength, stamina or physique of competitors is relevant.

We already have a law in place that directly deals with the inclusion of transgender people in sport.

There is no evidence as to how or why this isn’t enough for sporting codes to carefully discuss instances of gender inclusion on an individual basis.

As a Liberal, I aspirationally aim for a society that requires less legislative intervention on social governance issues. This should reflect a greater reliance on the intricate social structures that keep us connected, and on strong institutions that are best placed to manage the affairs of their participants.

Looking to “fix” complex social situations through the fairly blunt instrument of the law should not be our go-to approach.

Menzies asserted that “Governments exist in a democracy first and foremost to give fire and character and direction to a country’s thinking”.

The direction of Australia’s thinking should embrace complexity within a shared vision that is inclusive and safe because its participants maintain respectfulness and responsibility.

To make an attempt at legislation that seeks to specifically exclude, according to the ABS 2016 Census data, 1260 people (though I expect this will jump considerably when more recent data is released) from participating in sporting teams where they may be welcomed, is unnecessary.

Other genetic differences, like early pubertal development, are accommodated by shifting children up in age groups. It is done in the name of inclusion and fairness.

Of course, the invasive nature of professional sporting requirements to determine chromosomal composition and testosterone levels are clearly not appropriate within community-level sports, so self-regulation is necessary.

We should be empowering our fellow Australians to make reasonable determinations within their communities that accommodate difference while keeping play for girls and women fair and safe. For example, in regional towns where there aren’t enough girls to field a soccer team, their participation in a team with boys is managed appropriately.

Greater investment into mixed gender and gender diverse teams is a relatively easy way to support inclusion. This is far from the requirements of legislative change.

Another is to sensitively open dialogue within local sporting communities. Trans voices should be a part of all these conversations. These may be challenging discussions, but they should not be shied away from.

We can take our cues from schools that are already navigating these matters. Teachers, students and parents are coming together to talk about what a good outcome looks like for all involved. Even Catholic schools are taking on this challenge and can offer a healthy model for engagement.

In older age groups, do biological women believe their experience is lessened because of the inclusion of a trans woman? Or are they willing to sacrifice being the tallest member of a netball team to provide a sense of belonging to another person?

Although about 52 per cent of Australian women and 68 per cent of girls participate in sport, very few are at an elite level where their career would be affected by the inclusion of a trans woman.

Bringing this complex discussion back to a human scale and resisting the temptation of a legislative “quick fix” will allow the development of a range of solutions best suited to individual situations. It will honour our tradition as a great sporting nation.