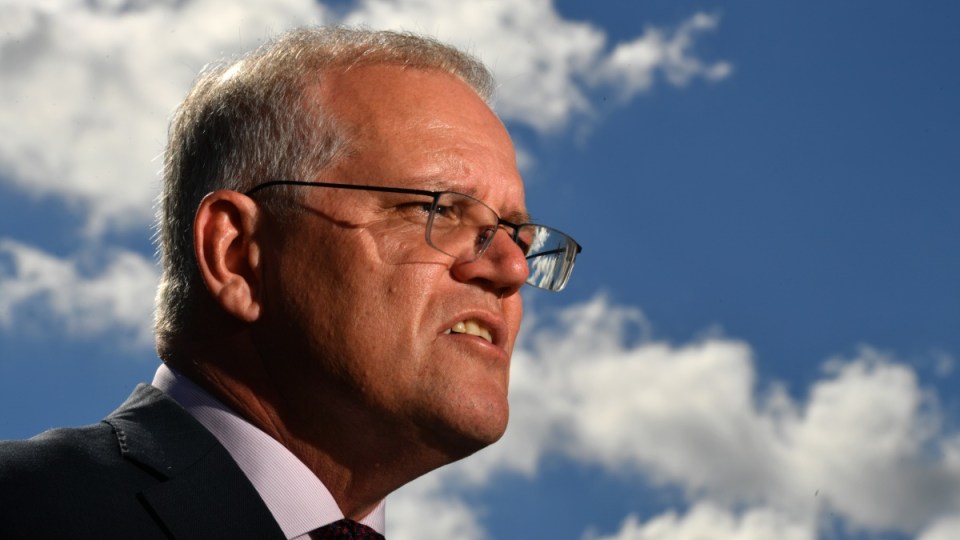 On Sunday it was Scott Morrison’s turn to come up with a “Freudian slip” – you know, the brain explosion that everyone pretends to dismiss while at the same time believing is deeply significant.

Three times at his news conference the Prime Minister addressed the assembled media scrum according to the parliamentary protocol of speaking through the chair.

He was wriggling around the issue of who will have specific cabinet portfolios after the election, and said “of course, Mr Speaker” all of the portfolios are important.

When interrupted, he started to say it again and after the third time pulled himself up, trying to dismiss the gaffe with a smile: “There you go, I’m back in Parliament”.

Unimpressed colleagues thought he “had lost the plot”; others only that it “was weird”, especially from a Prime Minister who keeps the scrutiny of parliamentary sitting to a bare minimum.

It was certainly embarrassing – so much so that the official transcript was doctored with only one of the slips kept in it.

This was followed on Monday by a gaffe on JobSeeker rates.

So, is the pressure getting to this “champion campaigner”, as he was being billed after Anthony Albanese’s inability to remember two key economic numbers on day one of the campaign?

According to Morrison, that meant the Opposition Leader didn’t understand anything about the economic recovery. But Labor’s campaign spokesperson Jason Clare on Monday suggested that the Morrison confusion showed he had “forgotten where he was”.

The more likely explanation is he understands completely where he is, and it is a very vulnerable place.

Much is being made of Labor’s slide in the latest Resolve Poll in the Nine Newspapers.

Labor’s primary vote slipped four places to be a point behind the Coalition – statistically line ball although the movement could be the start of a worrying trend – however only one of those points went to the government. The other three went to the minor parties.

But the big feature of the poll was the huge cohort of undecideds. In the preferred PM stakes, as many couldn’t make up their mind as nominated Morrison, 38 per cent.

And according to polling cruncher Kevin Bonham, applying standard two-party preferred analysis to the raw numbers Labor comes out in front with 52.5 per cent.

Many in Labor are relieved Albanese’s brain fade didn’t take a bigger toll and see the huge number of undecideds as real opportunity to repair the damage.

But there is an acceptance in the campaign the time has come for Albanese to play his strongest card and that is Scott Morrison.

Rejected is the taunt from their Liberal opponents that Albanese has to be more than “not Scott Morrison”, that he has to give voters a compelling reason to change the government.

And what could be more compelling than promising to address the urgent issues already identified by voters like cost of living, climate change and integrity in government being ignored or minimised by the Prime Minister.

And here the Labor campaign could benefit from the approach of Zali Steggall, the independent MP who holds Tony Abbott’s old seat of Warringah.

Far from seeing urgent climate change action or the need for a strong anti-corruption commission as indulgences of the more well heeled in her electorate, she sees them in strict economic terms.

It is obvious really.

The economic costs caused by devastating catastrophic floods and bushfires are massive and can no longer be ignored or, worse, ridiculed by vested interest sceptics.

Integrity in government assured by a watchdog with teeth is the long-overdue brake federally on corrupted practices that lead to billions of dollars of taxpayers’ money being spent with scant regard for accountability and efficiency.

Already the Auditor-General has been highly critical of the government’s mismanagement of money. Little wonder the Coalition is paying pathetic lip service to a genuine anti-corruption commission.

Steggall, in a hard-hitting interview on RN Breakfast, blasted the PM for his captain’s pick of her Liberal opponent Katherine Deves, the extremist campaigner against transgender girls and women.

She said: “When it comes to the core of Scott Morrison’s character, he will weaponise anything for what he perceives as his benefit, no matter the cost to vulnerable communities.”

Steggall said she thinks “that kind of politics is just so nasty and dirty and people hate it”. This is why there are so many independents “capturing the enthusiasm of our communities”.

The independent said she wants a politics that “is solving the big issues”, “not this personality game and smearing and vilifying minority communities”.

When the devil you know is this problematic, what could be more positive than promising to do things very differently?