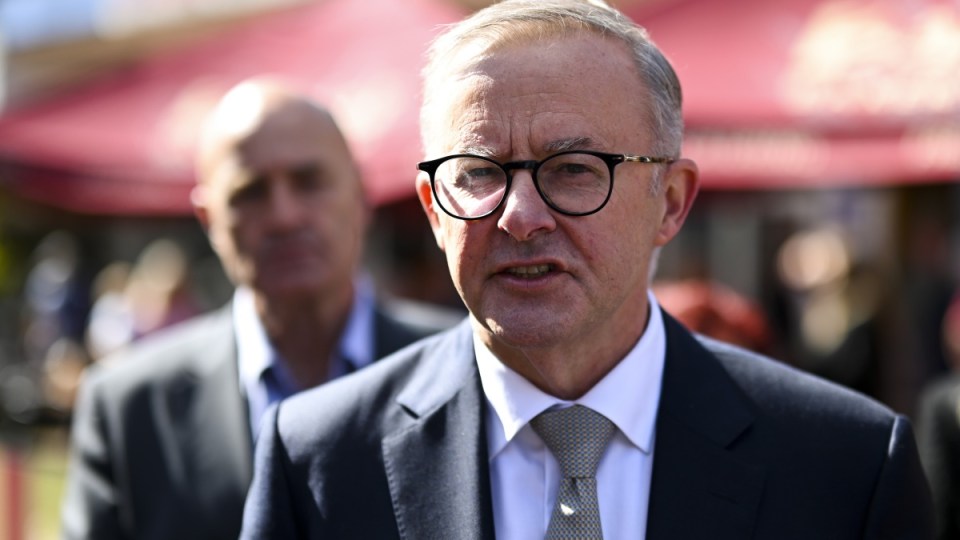 The first on-the-ground day of the election campaign has turned into a damaging loss for Anthony Albanese.

If Labor can find any bright side in the Opposition Leader’s failure to be able to specify the unemployment rate, or the cash rate, it would be that the gaffe came at the start of this six week marathon, rather than further in.

But that’s minor comfort. This was a really bad lapse. The 4 per cent unemployment rate has been endlessly repeated around budget time.

And when Albanese had a guess, he was all over the place. “I think it’s five point, four – sorry, I’m not sure what it is.”

Was this a case of very inadequate briefing by his campaign team? Or did he have some sort of brain freeze?

Every leader makes slips during a campaign. But equally, they all know they should be prepared for basic questions. The point was reinforced when Scott Morrison earlier this year couldn’t provide the prices of bread, petrol and a RAT test, when asked at the National Press Club.

In a campaign a leader needs a cheat-sheet of basic stats and facts for the gotcha game, as well as the details of the state and seat in which they are at any particular time. Just like they are in an exam. Which is precisely what an election campaign is.

Albanese later came out and admitted he’d stuffed up, saying “when I make a mistake, I’ll fess up to it, and I’ll set about correcting that mistake. I won’t blame someone else. I’ll accept responsibility.”

This was an attempt to embellish a fig leaf by contrasting himself with Scott Morrison, but it hardly helped.

The blunder looks even worse when it’s remembered that after the budget Albanese could not provide a clear answer when repeatedly asked in a TV interview whether a Labor government would increase taxation.

If the problem is inadequate preparation, it should be fixable. If he is not coping well with the intense pressure, that is a major worry for the Labor camp.

Apart from avoiding unforced errors, Albanese needs to tighten his answers in news conferences and interviews. He has the fault that beset Kim Beazley as leader – the habit of waffling.

Meanwhile on the other side, Morrison on Monday tried to bluff his way out of the extraordinary affair of Alan Tudge.

Tudge said last month, after the inquiry into his former lover and ex-staffer’s allegations against him of emotional (and on one occasion physical) abuse, “I have requested not to be returned to the front bench before the election”. Morrison at the time repeated this.

Now Morrison tells us Tudge is still in cabinet, still Education Minister, and will have that job if the Coalition is re-elected. “I look forward to him [returning], because it’s Alan Tudge who’s ensuring that he’s standing up for what our kids are taught in school.”

Morrison says the inquiry found nothing that would disqualify him for the ministry. But he doesn’t explain how a person can be in cabinet but not on the front bench.

When on Monday it was put to him he’d said Tudge was not seeking to return to the front bench, and he supported his decision, Morrison’s replied in Jesuitical fashion. “I never said he had resigned. I said he’d stood aside, and that’s what he’d done, and he wasn’t seeking to return before the election,” he told Nine.

Also on Monday journalist Samantha Maiden reported that the woman, Rachelle Miller, was receiving a settlement of more than $500,000.

Over time Miller made two sets of allegations against Tudge, and chose not to participate in the two inquiries that followed.

The amount reported, if correct, seems huge. Yet Morrison claimed he didn’t know the sum and couldn’t provide any information. “I have no knowledge of that. That’s a private matter between her and the [finance] department and so that is not a matter I have any involvement in or oversight or visibility on,” he said.

This is taxpayers’ money. Taxpayers are voters, and voters are disgusted about what they have learned about the culture around Parliament House.

When there are allegations, denials, official inquiries, and a large payout on unspecified grounds, they’re entitled to feel they are being treated like disrespected cash cows.

If they are to provide hundreds of thousands of dollars to Miller they are surely entitled to know what it is for, and who ticked off on this decision.

And when it turns out Tudge is in a ministerial warehouse, after he and the PM indicated he was on the backbench, it looks like wilful deception on both their parts.