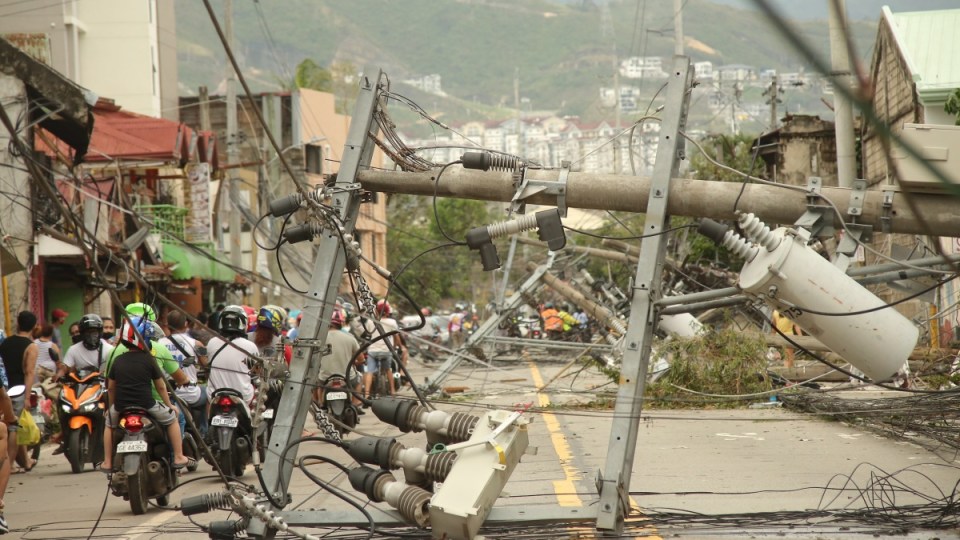 The Philippines are hit by an average of 20 tropical cyclones every year. Photo: EPA

Philippine authorities says at least 25 people have died in landslides and floods caused by tropical storm Agaton as it hit the eastern and southern coasts of the South-East Asian country.

The storm made landfall on Sunday with sustained winds of up to 65 kilometres per hour and gusts of up to 80km/h.

Agaton – also known as Megi – is the first storm to hit the archipelago this year, which experiences about 20 such storms annually.

In the eastern province of Leyte, the bodies of 22 people were recovered after being buried under a landslide, Joemen Collado, police chief of Baybay city, told reporters on Monday.

The national disaster agency, which has also said three people had died in the southern Davao region, said the reported casualties are still subject to verification.

More than 17,000 are said to have been displaced by floods and landslides.

“There were landslides in communities and then some of the victims were swept by floods,” Chief Collado said, adding that rescue operations are ongoing as at least six more people are missing.

Images shared by the local fire bureau on Monday showed rescuers wading through near partially submerged homes and digging for survivors in a landslide-hit area.

Two women were injured when they were swept away by floods in nearby Bukidnon province, the national disaster agency said.

“There are some reports of additional casualties, but we are still waiting for the official head count and reports coming from our regional counterparts,” Mark Timbal, spokesman for the national disaster agency, said.

The agency said 17,892 people were forced to flee their homes in 17 provinces affected by the storm, while more than 1100 passengers were stranded in ports in the affected areas after the coast guard suspended sea travel.

Tropical storm Agaton is expected to weaken to 45km/h and move back out over sea on Tuesday, the state weather bureau said.