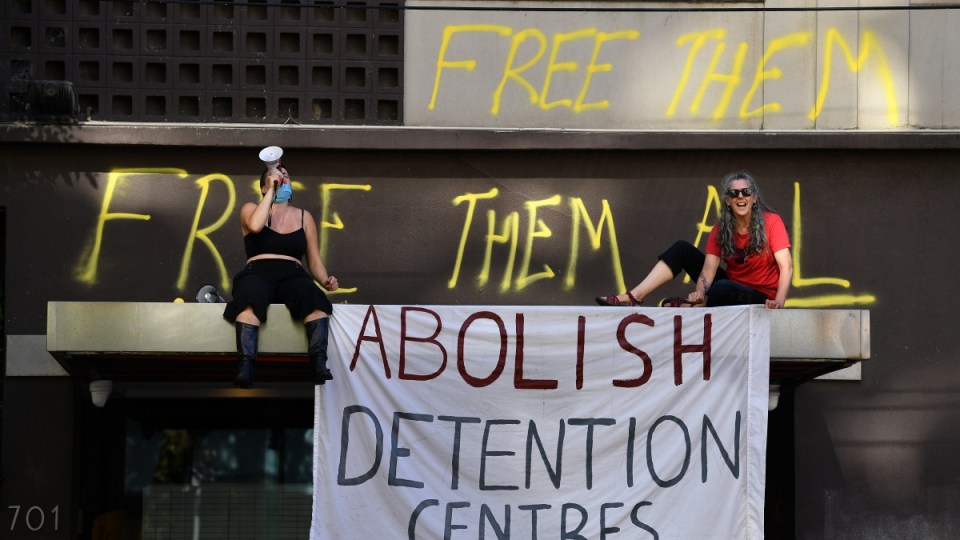 Prime Minister Scott Morrison says the recent release of asylum seekers from detention is not a concession that government policy has been heavy handed but a demonstration it’s taken a long time to “clean up Labor’s mess”.

When asked about the issue on SBS on Sunday night the PM said that when Labor was last in government “they lost control of our borders”.

His comments follow the recent release of detainees, including from Melbourne’s Park Hotel, and an Australian government deal brokered with New Zealand to resettle asylum seekers there.

The releases and the New Zealand deal were “a demonstration that it has taken us a long time to clean up Labor’s mess,” Mr Morrison said, noting that the Labor government had to open 17 detention centres.

“They put children in detention at Manus Island. We ended all that. We restored the borders.

“We got everybody out of detention and we’ve been able to find places, particularly through the United States arrangement and the New Zealand arrangement, which we’ve been working on for some years, to ensure we can clean up the terrible mess and the tragedies that occurred as a result of Labor’s border failures.”

His comments came after thousands of people turned out at Palm Sunday rallies across Australia calling for more humane policies towards refugees and asylum seekers.

Advocates are pushing the government to release all asylum seekers in detention, provide permanent protection for temporary visa holders and social safety nets as well as boosting the refugee intake program.

The Palm Sunday marches came after more than 25 refugees were released last week, including eight people from Melbourne’s Park Hotel.

“Their detention was never justified and clearly in breach of Australia’s treaty obligations on arbitrary detention and the treatment of refugees,” the Refugee Council of Australia said.

“It has seriously damaged the individuals’ mental and physical health, cost the Australian taxpayers a fortune and done much damage to Australia’s international reputation.”

The Park Hotel is where tennis player Novak Djokovic was detained earlier this year.

Djokovic was deported on the eve of the Australian Open after the Federal Court upheld the Immigration Minister’s decision to cancel his visa after he failed to meet strict COVID-19 vaccination requirements.

Organiser Ian Rintoul of Refugee Action Collective said more than 5000 people had marched nationwide on Sunday in what he deemed was an important message to send to politicians.

“We know there’s no element of compassion from the Coalition government … and Labor remains committed to offshore detention,” he told AAP.

“We didn’t give up in 2019 when Scott Morrison was elected … and we’re not going to give up regardless of who gets elected on 21 May.”

Last month, the federal government announced 16,500 humanitarian places for Afghan nationals and has resettled some 5000 Ukrainians since the start of the Russian invasion.