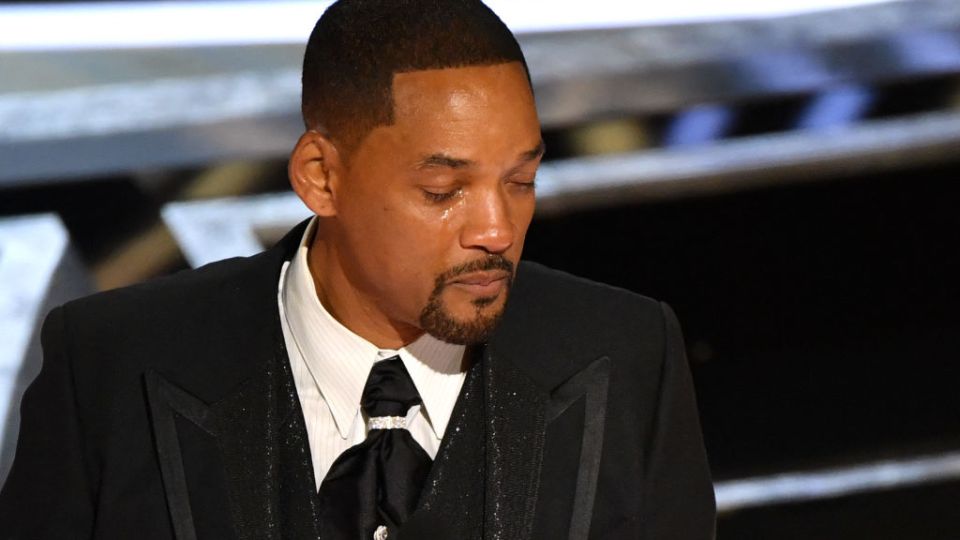 US actor Will Smith when accepting the award for Best Actor in a Leading Role for King Richard. Photo: Getty

Hollywood actor Will Smith will not be allowed to attend the Oscars and other Academy events for the next 10 years after slapping this year’s host Chris Rock.

The board of governors of the Academy of Motion Pictures Arts & Sciences agreed on the ban after bringing forward an important virtual meeting on the controversy.

While condemning Smith’s “unacceptable and harmful behaviour”, the Academy also apologised for not adequately addressing the situation at the time it happened on live global television.

In a statement Academy President David Rubin and CEO Dawn Hudson said: “The Board has decided, for a period of 10 years from April 8, 2022, Mr. Smith shall not be permitted to attend any Academy events or programs, in person or virtually, including but not limited to the Academy Awards.

“The 94th Oscars were meant to be a celebration of the many individuals in our community who did incredible work this past year; however, those moments were overshadowed by the unacceptable and harmful behaviour we saw Mr. Smith exhibit on stage.

“During our telecast, we did not adequately address the situation in the room.

“For this, we are sorry. This was an opportunity for us to set an example for our guests, viewers and our Academy family around the world, and we fell short — unprepared for the unprecedented.”

The meeting was initially to be held on April 18 but was rescheduled after Smith announced his resignation from the Academy last week.

Smith responded to the ban with a short statement.

“I accept and respect the Academy’s decision,” his statement said.

When Smith resigned from the motion picture academy he said he would accept any further punishment the organisation imposed.

On Hollywood’s night of nights, Smith strode from his front-row Dolby Theatre seat on to the stage and smacked Rock, who had made a joke at the expense of Smith’s wife, Jada Pinkett Smith.

Moments later, he went on to win the best actor award for his role in King Richard.

Smith stunned Rock, the audience and viewers at home when he took the stage after Rock joked: “Jada, I love you. ‘GI Jane 2’, can’t wait to see it.”

Pinkett Smith, who has spoken publicly about her hair loss condition, alopecia, had a closely shaved head similar to that of Demi Moore in the original movie.

After Smith’s attack, he returned to his seat and angrily twice shouted at Rock to “get my wife’s name out your (expletive) mouth”.

When Smith took the stage again less than hour later to accept his Oscar, he tearfully apologised to the academy but omitted any mention of Rock.

The fallout was immediate and intense. Smith was widely condemned for responding with violence and for marring his long-sought Oscar victory and overshadowing the night’s other winners.