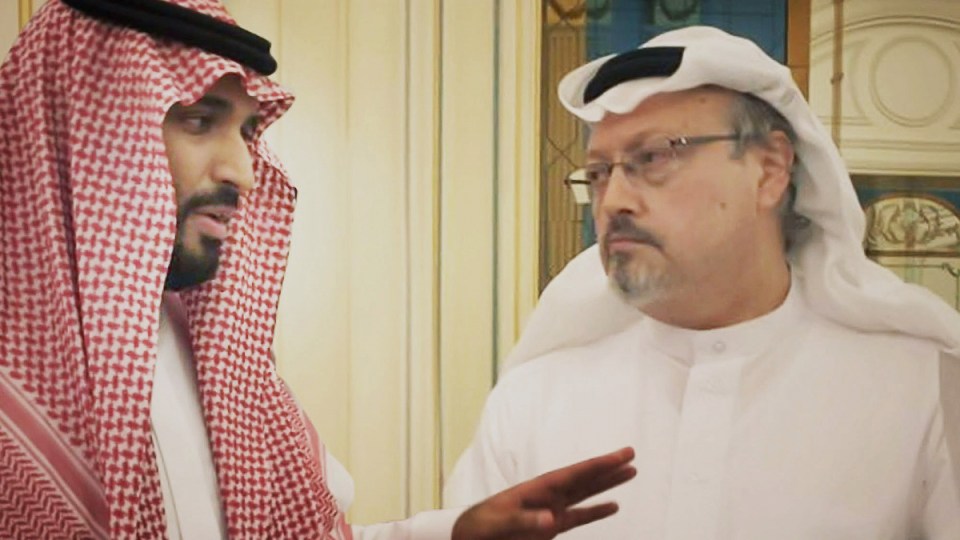 Saudi Crown Prince Mohammed bin Salman with Jamal Khashoggi in a scene from The Dissident. Photo: Briarcliff Entertainment via AP

A Turkish court has ruled to halt the trial of Saudi suspects over the killing of journalist Jamal Khashoggi and transfer it to Saudi Arabia.

The decision has drawn condemnation from rights groups and comes as Ankara mends ties with Riyadh.

Last week the prosecutor called for the trial in absentia of 26 Saudi suspects to be transferred from Istanbul to Saudi authorities.

The justice minister later said the government backed the request.

“Making the decision to halt (the trial) is against the law … because the acquittal ruling about the defendants in Saudi Arabia has been finalised,” said Gokmen Baspinar, a lawyer representing Hatice Cengiz, the murdered journalist’s fiancee.

“The fact that the trial is being transferred to a country where there is no justice is an example of irresponsibility against the Turkish people,” he said.

A US intelligence report released a year ago said Prince Mohammed had approved the operation to kill or capture Khashoggi, but the Saudi government denied any involvement by the crown prince and rejected the report’s findings.

A Turkish court began the trial in 2020 with relations tense between the Ankara and Riyadh, two Sunni Muslim regional powers. But with Turkey keen for investment to boost its economy, Ankara has sought over the last year to heal the rift with Riyadh.

Ahead of the ruling, Human Rights Watch had warned that transferring of the trial to Riyadh would block justice.

It “would end any possibility of justice for (Khashoggi), and would reinforce Saudi authorities’ apparent belief that they can get away with murder,” said Michael Page, deputy Middle East director at Human Rights Watch.