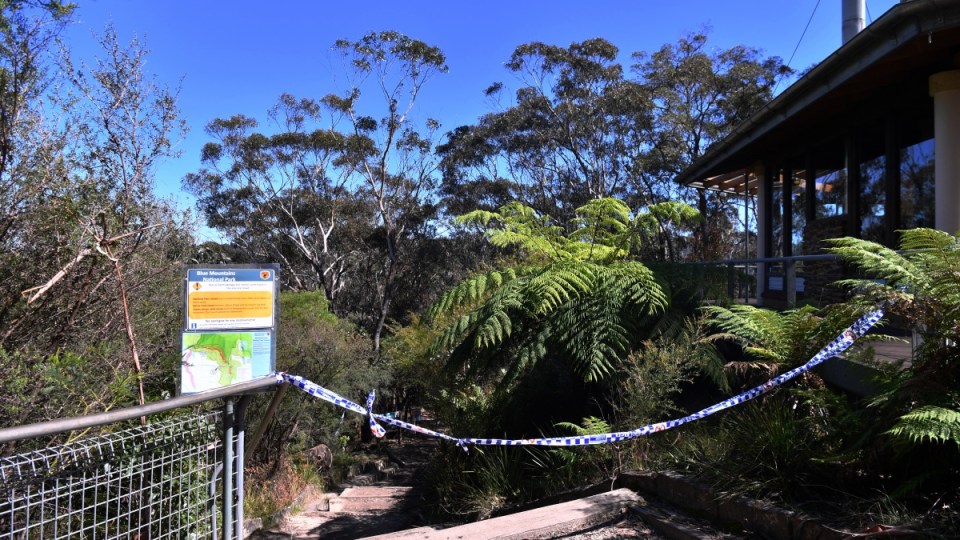 The walking track where a man and his son were killed in a landslip is closed for safety assessment. Photo: AAP

A Singapore-based British lawyer killed alongside his son in a landslide in Sydney’s Blue Mountains has been remembered as a dear friend and colleague.

Mehraab Nazir, 49, was walking at Wentworth Pass near Wentworth Falls with his wife, 50, his 15-year-old daughter and two sons aged nine and 14 when a landslide struck on Monday.

Mr Nazir and his nine-year-old son died in the accident.

He was a partner at international law firm Watson Farley and Williams, which confirmed it was Mr Nazir and requested privacy for his family.

“It is with the greatest sadness that we must confirm that our dear friend and colleague Mehraab Nazir, a partner in our Singapore office, tragically lost his life in a landslide in Australia earlier this week alongside his young son,” a spokesperson the firm told AAP.

“We will be remembering and honouring Mehraab, however, with the surviving members of the family in serious conditions or in shock, we ask that you respect their privacy and grief at this incredibly difficult time.”

NSW Police on Monday said all members of the British family were on holiday in Australia and were being assisted by the consulate.

The mother and 14-year-old boy suffered significant head and abdominal injuries during the landslip, and were winched from the scene on Monday evening.

The pair underwent surgery and remained in a critical condition on Tuesday.

Police recovered the bodies of Mr Nazir and his son from the site with the assistance of PolAir helicopters on Tuesday morning.

A fifth family member, a 15-year-old girl, has been treated for shock.

NSW National Parks and Wildlife Service on Tuesday said the tourist site would be closed for safety assessments.

“Unfortunately it is not possible to predict and eliminate all natural risks such as rockslides, which can occasionally occur around the state,” the service said.

“The walking track where this incident occurred was inspected in the days before the rockslide as part of a routine track assessment program.”