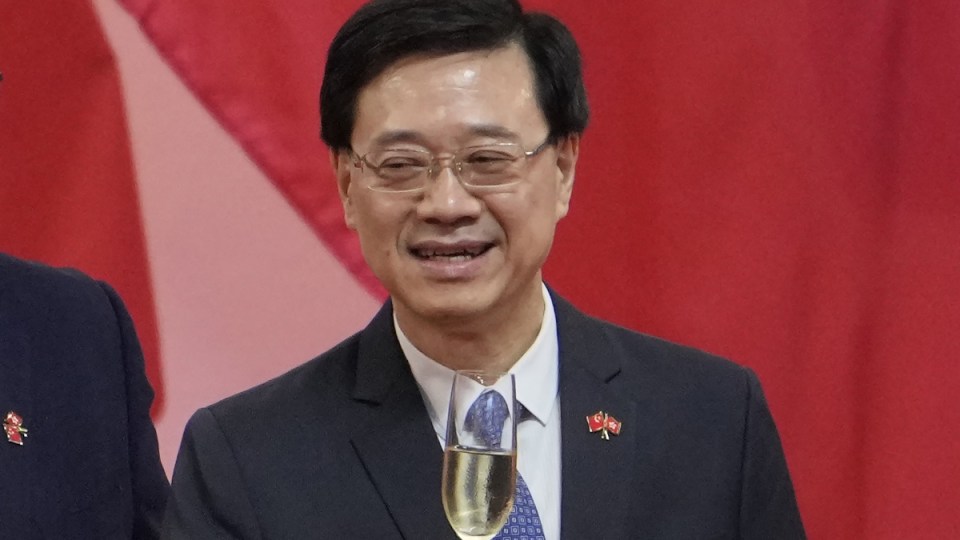 Hong Kong’s No.2 official and a staunch supporter of a Beijing-backed crackdown on pro-democracy activists has tendered his resignation to pave the way for his run in the city’s upcoming leadership race.

John Lee, who is the city’s chief secretary for administration, submitted his resignation to Hong Kong’s leader Carrie Lam, according to a government statement.

“If my resignation is approved by the Central People’s Government, I shall plan to stand for the upcoming chief executive election,” said Mr Lee during a news conference on Wednesday.

“Having been in the government for over 40 years, to serve the people of Hong Kong is a glory.”

Mr Lee, who is seen as Beijing’s favoured candidate for the chief executive position, is a staunch advocate of the city’s national security law, which has been used since 2020 to target pro-democracy activists, supporters and media, diminishing freedoms promised to Hong Kong at Britain’s handover to China in 1997.

His potential leadership of Hong Kong could signal a further tightening of Beijing’s grip around the semi-autonomous Chinese city.

Ms Lam said Monday she would not seek a second term, following a rocky five years punctuated by the COVID-19 pandemic, a crackdown on political freedoms and Beijing’s growing influence over the territory.

Local media, including the leading South China Morning Post daily, reported that Mr Lee will be the sole candidate to be endorsed by the Chinese government.

The city’s next leader will be selected on May 8 by a committee of about 1500 people, a majority of whom are pro-Beijing.

He was a staunch supporter of a police crackdown against protesters during several months of massive anti-government protests in 2019.

After the protests were snuffed out, Mr Lee threw his backing behind the sweeping security law, which was used as justification for the arrests of more than 150 people.

It outlaws subversion, secession, terrorism and collusion with foreign forces in the city’s affairs.

Have the Logies lost their mojo, or do new awards and the rise of the streamers signal a rebirth?
Victim of Blue Mountains landslide identified
Today's Stories