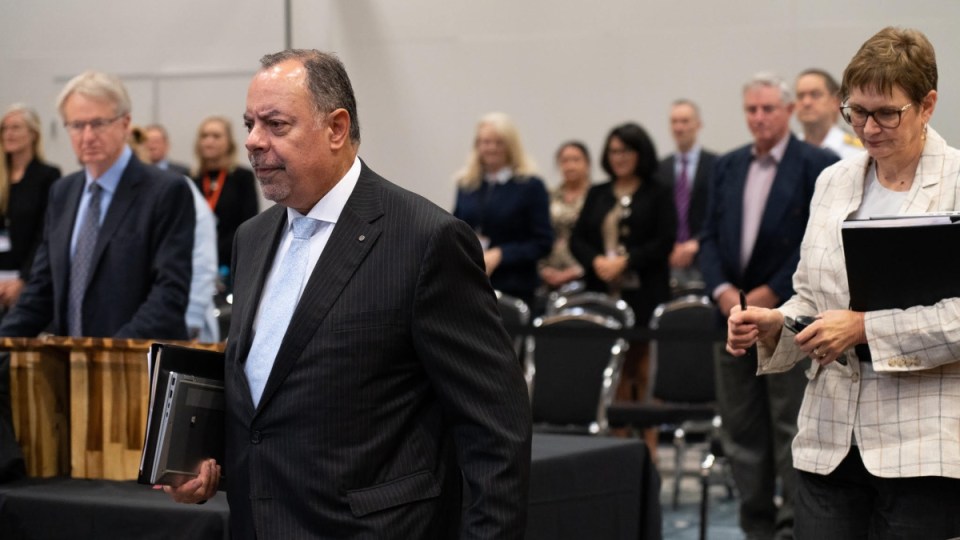 Defence force members have needed greater protection, including anonymity, to report workplace abuse, a royal commission has been told.

Australia’s Sex Discrimination Commissioner Kate Jenkins told the Royal Commission into Defence and Veteran Suicide on Monday women made up 19 per cent of the defence force.

This, she said, helped “create increased risk of unacceptable behaviour”, including sexual assault.

“I do support having multiple avenues (of reporting complaints) including anonymous reporting,” she told the commission.

“The welfare of the person reporting, the person involved, should be at the heart of this.”

Ms Jenkins said there were some special challenges for male-dominated cultures like the Australian Defence Force, including “callous attitudes to sex, sexual attitudes to women, a belief that violence is manly … and an experience of danger as exciting”.

The ADF was also a command-and-control organisation which had “the unique ability to use lethal force”.

Physical prowess was prized and part of the job involved an acceptance of risk to personal safety.

Ms Jenkins’ landmark report in November on federal Parliament’s workplace conditions found more than 40 per cent of women had experienced sexual harassment and 42 per cent said they had been bullied.

Ms Jenkins said there were some notable similarities between the ADF and the parliamentary environment, including a high level of public scrutiny and criticism.

The chain-of-command management in defence meant “people often had to tolerate a certain level of behaviour by others who may be more senior or in their team”.

Under questioning from counsel assisting Madeleine Bridgett, Ms Jenkins said while the ADF had a history of “dismissing or ignoring” complaints, she was hopeful it was not as prevalent now.

Unacceptable behaviour in the workplace was a problem more broadly across the nation, she noted.

Seventeen per cent of the Australian workforce has formally complained of sexual harassment, Ms Jenkins said.

One of the biggest fears was that they could lose their job or be shunned by their work colleagues as a result, she added.

“There is very much this sense in Australian workplaces that to fit in you have to get along, take a joke and don’t be a whinger.”

Air Commodore Lara Gunn until last month held the role of chief of staff at the ADF Headquarters, managing complaints under the Defence Reparation Scheme.

She told the commission the scheme was established in 2014 in acknowledgement of defence members who had suffered serious and systemic abuse.

The complaints were historical and “very confronting”, ranging from workplace bullying and sexual misconduct to physical violence and abuse of power in the workplace, she said.

The inquiry was told of an internal tracking system called the Defence Policy and Security Management System, which allowed investigators to cross check other complaints against alleged perpetrators by searching for locations and similar patterns of unacceptable behaviour.

Royal commission chair Nick Kaldas made a special plea to serving defence members not to fear they would jeopardise their careers by giving evidence or making a submission to the inquiry.

“You may be uncomfortable putting your name to a submission or speaking in public,” Mr Kaldas said.

“Let me be clear … you can do so anonymously.”

Mr Kaldas said more than 1300 submissions had been received and there had been more than 300 requests to give evidence in private.

The commission, currently sitting in Canberra, is due to to release an interim report in August, citing issues which require urgent attention.

Kirstie Clements: The future of fashion is comfort, not whatever they’re wearing in Dune
US wants Russia removed from Human Rights Council
Today's Stories