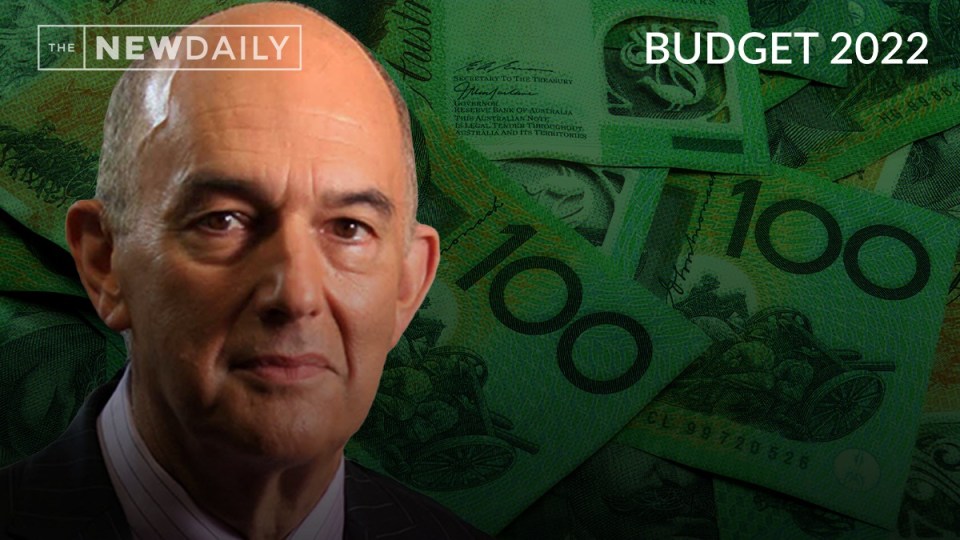 The death rattle of sinking governments is the sound of billions of dollars being shovelled out the door in a last-gasp attempt to buy the votes of an increasingly unimpressed electorate.

John Howard’s treasurer, Peter Costello, did it before that government’s demise in 2007 and Scott Morrison’s fiscal sidekick is flogging the same horse.

It didn’t work 15 years ago and it is unlikely to work now.

Like the Treasurer, the Prime Minister defined the purpose of this year’s budget in terms of “addressing the cost-of-living pressures being faced by Australian families”.

He would have you believe these pressures are entirely new and mostly triggered by Russia’s invasion of Ukraine and its impact on world oil prices.

The problem for the government is the invasion – like the pandemic – has merely exacerbated problems that have been unaddressed, ignored or denied.

Struggling families have been enduring declining purchasing power for the entire period of the Coalition government.

Wage stagnation and insecure work are a feature of a jobs market built on the declining ability of workers to bargain for better wages and conditions.

This is but one key factor why the virtuous description of his budget cash splash by Josh Frydenberg of the relief being offered being “new, temporary, targeted and responsible” offers no reassurance.

Of course any little bit helps, but one-off payments or six months relief at the bowser are merely sending the message that business as usual is being suspended until after the election.

Business as usual – but not before the polls

The $250 cost-of-living payment is a case in point; it is cynically designed to be delivered to six million Australians by the end of April, just a week or two before they trek off to the polls.

Even the “new one-off $420 cost-of-living tax offset” is merely hammered on to the low-and-middle-income tax offset with no indication this will be extended past July of this year.

The budget papers, according to the Treasurer, are based on conservative estimates and projections. But if the past nine years are anything to go by, this just means they will be revised, or more accurately corrected before 2022 is out.

Most worryingly will be what happens to the cost of living, because while the budget is forecasting wages growth it is perilously close to being nominal and not real, certainly not real enough to address the anxieties working families, pensioners and self-funded retirees are now feeling.

Claiming credit for outside factors

The Treasurer talks about a long-term economic plan and claims all the credit for the economic recovery being the strongest in the world and warns we had better stick with the government if we want this to last.

The two biggest contributors to the better outcomes than were predicted in last year’s game of ‘pin-the-forecasts-on-the-budget-donkey’ would have happened no matter who was the federal government.

The record prices and demand for our exports of iron ore and other commodities is the most obvious.

The other is the pandemic and the government response to shut down the economy, not structural weaknesses or poor management on the part of the financial and business sectors.

Closed borders directly boosted the demand for local labour and as restrictions were lifted those businesses who survived were able to recover more quickly than in the recessions of the 1980s and 1990s.

Not to be discounted is the $314 billion the government pumped into the economy to help it survive – the lesson here is a direct repudiation of neoliberal economics with its insistence on small government and let-it-rip markets.

But according to the Treasurer, we have moved beyond the phase of such direct government support for the economy to reducing debt and rebuilding fiscal buffers.

It’s back to trickle-down economics with the $15 billion-a-year, stage-three tax cuts due in 2024 to be the centrepiece.

Like everything else, they will be paid for by borrowing.

All budgets reveal a government’s true priorities – this one facing an electorate that is demanding more to protect it from extreme weather events is now at least prepared to utter the words.

Now at least lip service is being paid to “the critical global challenge of climate change” and getting to net zero by “technology and not taxes”.

But that’s about it.

At a time when world fossil fuel prices are disrupting the economy, there was no bold new commitment to transitioning more quickly to emissions reduction, renewable energy and electric transport.

So any claim the Morrison government has to being fiscal conservatives more responsible than their opponents are founded in the sand of a big-spending budget where the lucky revenue gains were banked to buy votes.

As John Howard and Peter Costello found, their last effort contributed to voters’ loss of faith in their economic credentials.

History has a habit of repeating.

Paul Bongiorno: Expensive, temporary and targeted – and likely to fail