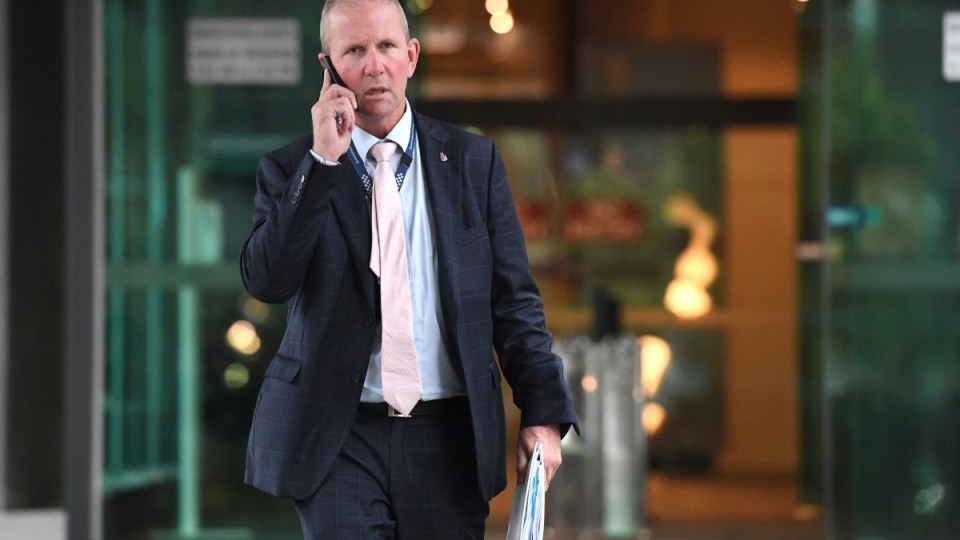 Queensland Police feel hamstrung in dealing with domestic violence, which takes up more than a third of their time and puts them and victims at risk, an inquest into the Clarke family deaths has been told.

The state average of 40 per cent means that in areas such as Logan, Kirwan and Caboolture officers could spend up to 90 per cent of their time on domestic violence cases, Queensland Police Union president Ian Leavers said.

The statistics mean domestic and family violence is the single most prevalent call for service in policing in the state.

Mr Leavers was testifying at the inquest into the deaths of 31-year-old Hannah Clarke, her children – Aaliyah, six, Laianah, four, and Trey, three – and estranged husband Rowan Baxter, who torched the family in a car on a suburban Brisbane street in 2020.

The inquest aims to consider what could be done differently to avoid a similar tragedy.

Mr Leavers said many frontline police responding to domestic violence calls were junior officers with the least training and experience.

“A lot of police feel like, with the lack of training, they’re actually letting victims and the community down through no fault of their own.

“Training in (domestic violence) cannot be something which is put to the side.”

“That can be problematic because domestic violence incidents are very high risk for police because it’s very dynamic, emotions are charged and that is when police are probably most at risk,” he told coroner Jane Bentley.

There can also be mental health, drug and alcohol issues.

“You combine all those effects, it is quite dangerous for all parties including police.”

The inquest also heard a domestic violence expert found evidence of 29 out of 39 lethality risk factors present in Ms Clarke’s case two weeks before her death, far higher than the Queensland average of 12 indicators present in family homicides.

Domestic and Family Violence Death Review and Advisory Board manager Susan Beattie said most officers dealing with domestic violence orders and breaches work in general duties and were not specialist investigators or detectives.

“In an ideal situation – and bearing in mind obviously resourcing and individual officers and their level of training et cetera – the strategies that are effective in responding to domestic and family violence is yes, supporting victims … but it’s also being able to maintain, monitor and swiftly respond to the perpetrator,” she said.

She also stressed the importance of programs for people committing domestic violence.

Senior Constable Justin Kersey was grilled on Tuesday about giving Baxter a notice to appear in court, instead of taking him to the watch-house where he may have been refused police bail, over a domestic violence breach on January 31.

Baxter grabbed Ms Clarke’s wrist during an altercation when he dropped off their children.

The same officer had issued Baxter with a police protection notice and recovered four-year-old Laianah two days after she was taken by her father to New South Wales on Boxing Day.

Senior Constable Kersey said there were risks in releasing Baxter without bail, but he consulted colleagues and there were already no contact conditions under the domestic violence order.

He took into account that Baxter had no criminal history – although it was later discovered he had offended in New Zealand – and the Human Rights Act that came into effect that year.

Ms Clarke was leaving her parents’ home in Camp Hill to take her children to school when Baxter got into the car, poured fuel inside and set it alight in February 2020.

Baxter, 42, then stabbed himself with a knife, dying nearby.