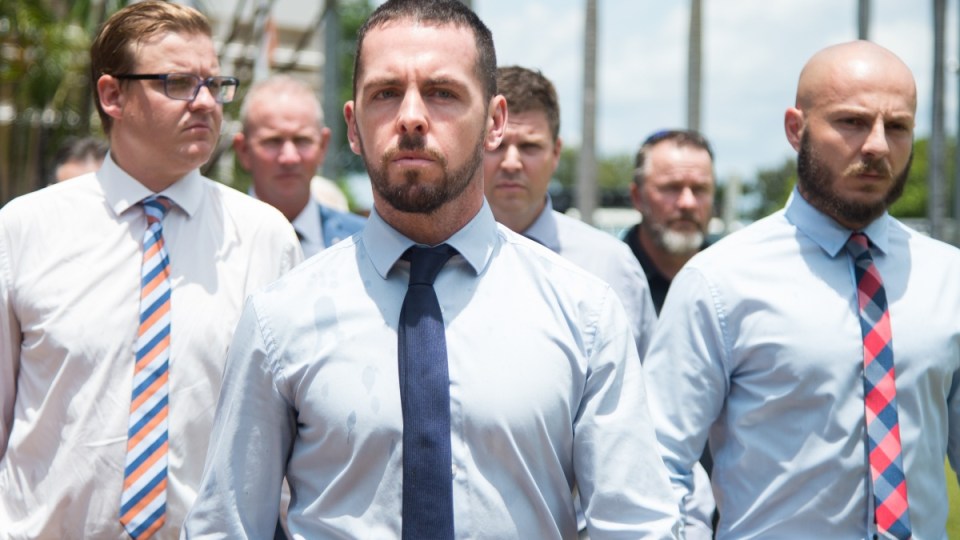 The Northern Territory anti-corruption watchdog will investigate the decision to prosecute a policeman for murder after he fatally shot an Aboriginal teenager.

Mr Gunner has previously denied politically interfering in the decision to charge Constable Rolfe with murder four days after the shooting.

Independent Commissioner Against Corruption Michael Riches on Tuesday confirmed he would examine the allegations and the process that led to the murder charge.

“My investigation will focus upon the period between the shooting incident and the presentation of Mr Rolfe for charging,” Mr Riches said on Tuesday.

Opposition Leader Lia Finocchiaro welcomed the inquiry while calling on Mr Gunner to stand aside while this investigation was under way.

Constable Rolfe, 30, was this month found not guilty of murdering Mr Walker, 19, during a failed outback arrest on November 9 in Yuendumu, 290 kilometres north-west of Alice Springs.

His five-week trial in Darwin divided the community and caused outrage among many members of the NT police.

After he was acquitted the NT Police Association, opposition politicians and Constable Rolfe’s legal team alleged political interference may have affected the decision to prosecute.

They say the chief minister should not have told the Yuendumu community that “consequences will flow” during an address three days after Constable Rolfe shot Mr Walker.

Police Commissioner Jamie Chalker has also denied the allegation, saying he did not attend a meeting with Mr Gunner and the Department of Public Prosecutions before Constable Rolfe was charged a day later.

Mr Gunner has previously said his address to mourners on November 12 was a reference to the coronial inquest into Mr Walker’s death, scheduled for September 5.

He said the inquest would conclude with findings and recommendations.

A transcript of his statement says: “I know the coroner will listen to you. The coroner will seek to answer those questions you have, those questions I have. What happened that night and why, so justice can be done. I can promise you that investigation will be independent and consequences will flow as a result.”

Ms Finocchiaro also said Mr Gunner had made a terrible error and his comments were prejudicial and attacked police.

“Why did the chief minister go to Yuendumu and say consequences would flow?” she asked.

“What did he know about the charging of Constable Rolfe?”

The NT Police Association said it welcomed ICAC’s announcement and it was important the community had confidence in the justice system.

The NT Police said it would co-operate with the inquiry.

ICAC may hold a public inquiry to hear some witnesses.