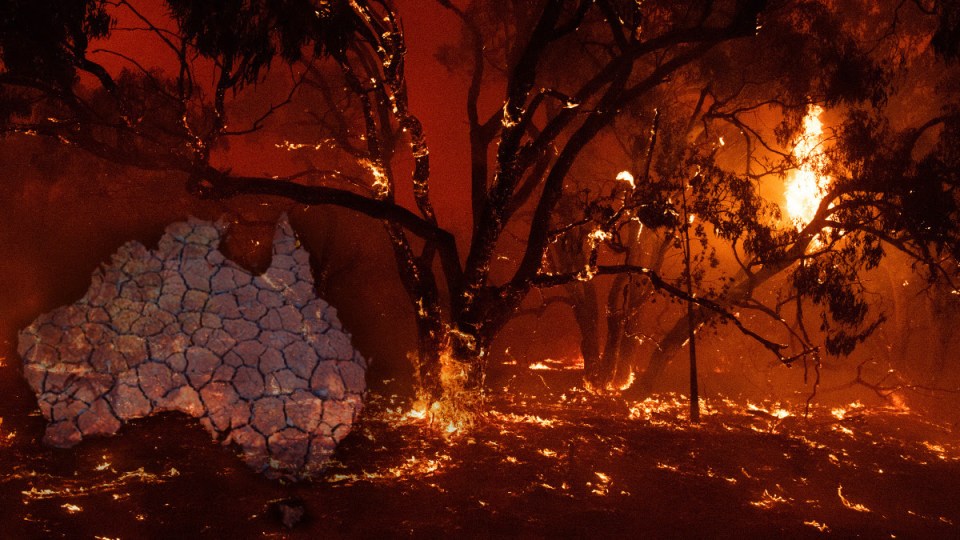 Several months ago, Australia’s Murdoch media news outlets launched a new climate change campaign advocating a path toward net-zero emissions by 2050. The launch included a 16-page wraparound supplement in all of its tabloids supporting the need for climate action.

We do not usually expect news media to campaign for political and social causes. Yet, here was one of the most powerful media organisations in the country not only implying it has held an editorial stance against climate action in the past, but also declaring a plan to reverse this position.

In announcing the launch, News Corp said a major reason climate action has stalled in Australia is “the debate has fallen victim to a culture of constant complaint”.

[…] so here you will see only positive stories: real, practical and pragmatic solutions that will help the planet and also help Australia’s interests as well.

Can a leopard change its spots? My analysis of the Murdoch outlets’ recent flood coverage suggests not.

Climate change is reported in a range of ways in news media to help audiences understand its causes and consequences, as well as the policy responses.

Extreme weather events such as bushfires and floods allow journalists to show how climate change is contributing to the severity of natural disasters in an urgent and visual way.

However, my analysis of recent flood coverage in the Murdoch news outlets shows that although the terms “climate change” and “floods” were placed together in a range of articles, these outlets are still well behind others when it comes to emphasising the connection between extreme weather events and our warming planet.

I looked at 171 articles (both news and opinion) in major Australian print and online news media from March 1–13 that mentioned climate change and floods together – and those that downplayed the link between the two.

Yet the total number of articles linking climate change to floods in the Murdoch outlets (which also include The Australian, Herald Sun, Daily Telegraph and Courier Mail) lagged behind ABC News, the Nine newspapers, The Guardian and The Conversation.

The analysis also shows the Murdoch outlets were the only news organisations where voices argued the floods were not exacerbated by climate change.

As reported by Crikey!, The Guardian and ABC’s Media Watch, conservative commentators such as Andrew Bolt and Chris Kenny continue to muddy the water when it comes to the impact of climate on extreme weather.

For example, Kenny wrote in The Australian on March 4:

The pretence that climate policies can relieve us of these natural traumas is a ridiculously emotive and deceptive ploy.

The Australian’s Chris Mitchell even complained that other media outlets such as the ABC put too much emphasis on the link between climate change and flooding.

How the media advocate on issues

This analysis suggests the Murdoch outlets are not overtly advocating for climate action, nor linking catastrophic flooding with the need for political action aimed at achieving net zero by 2050.

Indeed, editorial hostility toward climate change is alive and well among the most powerful voices at the Murdoch outlets, with coverage that is seemingly more interested in advocating against climate action than for it.

This provides insight into different styles of news coverage and their influence on democratic debate.

Although Australian audiences expect media outlets to produce news that is objective, ideologically neutral and independent of politics, journalists and commentators sometimes play the role of “advocates” for particular issues and causes.

This style of journalism is not widely understood because it clashes with the idealised expectation that journalists shrug off their own perspectives to report without fear or favour.

In a recent study I conducted, I propose there are three styles of advocacy journalism – radical, collaborator and conservative. And each one either enhances or degrades democratic debate.

What I call “radical advocacy” is when journalists deliberately campaign to increase the diversity of voices in news media, particularly when those voices are marginalised from mainstream debate.

An example is The Guardian’s ‘Keep it in the ground’ campaign, which is transparently aimed at improving the public’s understanding of climate change. This style of journalism – although subjective and biased – arguably has a positive influence on democracy since its mission is to increase understanding of a crucial global issue and rally the public to join the cause.

“Collaborator advocacy” journalism is when media organisations cooperate with government, such as when they broadcast flood warnings, advise the public what to do in an emergency or agree not to publish the locations of troops at war.

This style of advocacy can be good for democracy when it is deemed in the public interest. It can, however, be detrimental if the government controls media coverage to the point at which opposition voices are deliberately excluded.

The third style of advocacy – “conservative advocacy” – is one I’ve coined to describe journalism and commentary that promotes the agenda of powerful players in a political or social debate.

An obvious example is the Murdoch media traditionally siding with big fossil fuel and oil interests through their longstanding editorial hostility to policies designed to address climate change.

Conservative advocacy degrades democracy by locking less powerful voices out of the debate, spreading what some would deem misinformation and deliberately downplaying or countering scientific research and evidence-based policy.

If the Murdoch media follow through with their promise to advocate for net zero by 2050, their campaign would fit within the radical definition. But since these outlets are historically entrenched in a conservative tradition, this shift to a more radical position on climate might prove difficult to achieve.

Victoria Fielding, Lecturer at the University of Adelaide.

Is News Corp following through on its climate change backflip? My analysis suggests not