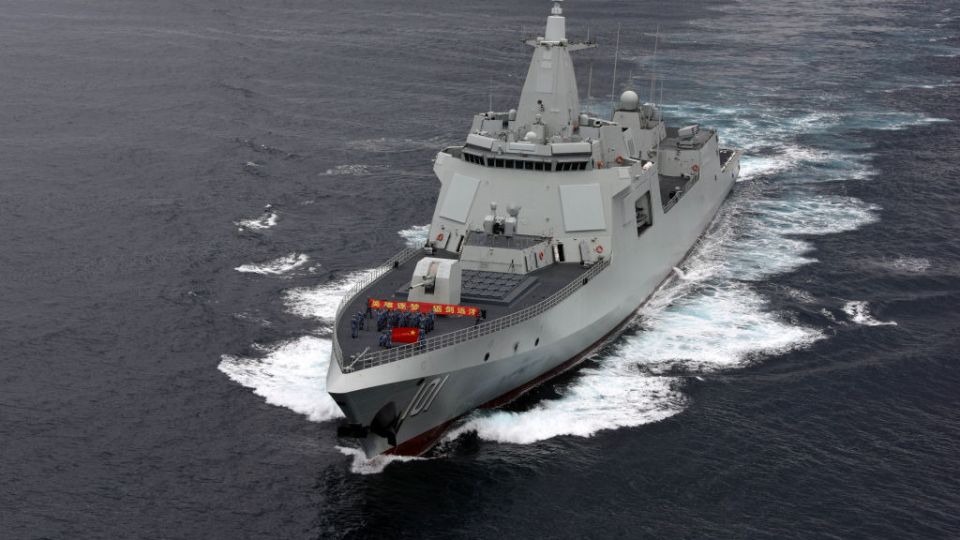 Chinese warships could be stationed just 2000km from the Australian coastline under a proposed agreement between Beijing and the Solomon Islands.

If formalised, the deal would be China’s first security pact in the Pacific and allow its military to be stationed right on Australia’s doorstep to protect its own personnel and interests in the Solomons.

The draft was released online on Thursday night and has reportedly been verified by the Australian government.

It states: “China may, according to its own needs and with the consent of Solomon Islands, make ship visits to, carry out logistical replenishment in and have stopover and transition in the Solomon Islands.

“Solomon Islands may, according to its own needs, request China to send police, armed police, military personnel and other law enforcement and armed forces to Solomon Islands to assist in maintaining social order, protecting people’s lives and property.”

A Solomon Islands government official confirmed the security agreement had been sent to its cabinet for consideration.

Australia has historically provided security support to the Solomon Islands and led a policing mission to restore order in the wake of riots, at the request of Prime Minister Manasseh Sogavare.

The Solomon Islands switched diplomatic ties from Taiwan to Beijing in 2019, which partly fuelled discontent that led to riots in the capital, Honiara, in November.

Australia sent an assistance force in response to the riots. Australia’s top diplomat to Solomon Islands, Lachlan Strahan, said on Thursday night the force would remain in the Solomons until the end of next year.

Australia has a bilateral security agreement with the Solomon Islands covering the deployment of police and armed forces, signed in 2018.

The latest China arrangements are likely to concern the United States, which said in February it would open an embassy in the Solomon Islands amid concern China wanted to create military relationships in the Pacific islands.

Karen Galokale, permanent secretary for the Ministry of Police, National Security and Correctional Services in the Solomon Islands, has confirmed it had signed a “policing” agreement with China.

She confirmed a wider security agreement was being discussed.

“Any other arrangement on broad security would be just the same as the Australian agreement,” she told Reuters in a telephone interview, giving the first public confirmation of the broader security talks.

“It will have to go to cabinet,” she said.

Anthony Veke, minister for police in the Solomon Islands, said in a statement on Thursday that he had signed a memorandum of understanding (MOU) with Wang Xiaohong, executive vice minister of China’s Ministry of Public Security, on policing co-operation in a virtual meeting on March 18.

“The signing of this MOU simply shows to the global community that we are here building meaningful co-operation, one that is based on teamwork and seriousness to develop Solomon Islands,” Veke said.

On Tuesday, the Royal Solomon Islands Police Force published photographs on its website of police training with replica guns provided by China.

In November, about 200 police and soldiers from Australia, New Zealand, Fiji and Papua New Guinea arrived in Honiara within days of the riots to help restore order.