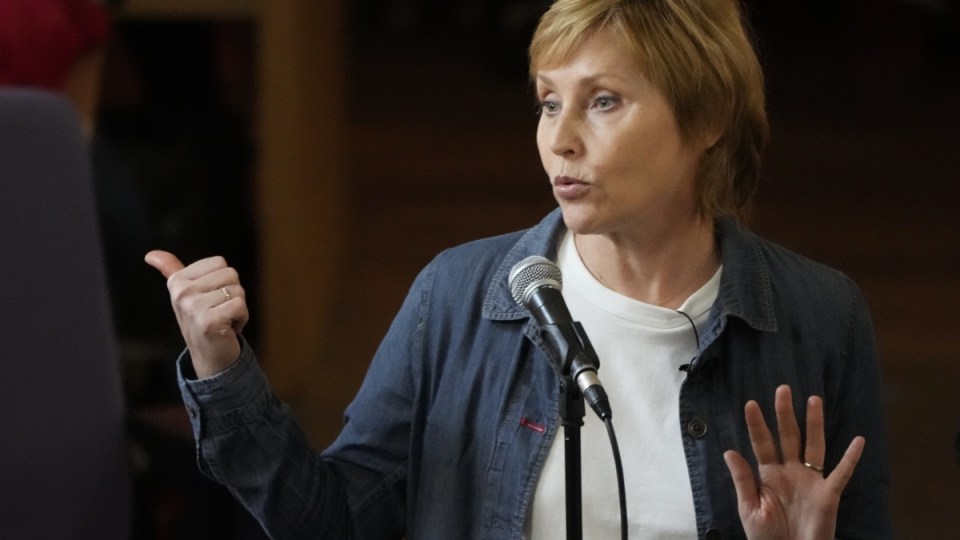 Zhanna Agalakova says she left Channel One because of Russia's war with Ukraine. Photo: AP

Zhanna Agalakova, until her resignation this month a journalist with Russia’s state-controlled Channel One broadcaster, says she quit in protest at the war being waged by Russia in Ukraine.

Agalakova, a former Channel One newsreader who at the time of her resignation was the station’s correspondent in Paris, told a news conference in the French capital: “When I spoke to my bosses, I said I cannot do this work any more.”

“I left Channel One precisely because the war started.”

She said she believed Russian television was being used to pump out Kremlin propaganda and that the authorities had for years been stifling independent media.

She said she wanted Russians to hear her message, to stop allowing themselves to be “zombified” by propaganda and start seeking out alternative sources of information.

Agalakova said she anticipated Russian officials would dismiss her as a foreign agent but she said she was working for no one except in the interests of her own country.

The Kremlin did not immediately respond to a Reuters request for comment on Agalakova’s remarks.

Earlier this month, Marina Ovsyannikova, an editor at Channel One, burst into the station’s Moscow studio during a live news bulletin to denounce the war in Ukraine.

She said she hoped her protest, for which she has since been fined, would open Russians’ eyes to state propaganda.

Russian President Vladimir Putin calls the war a “special military operation” to disarm Ukraine and protect it from “Nazis”.

The US and its allies calls that a false pretext for an unprovoked war of aggression.