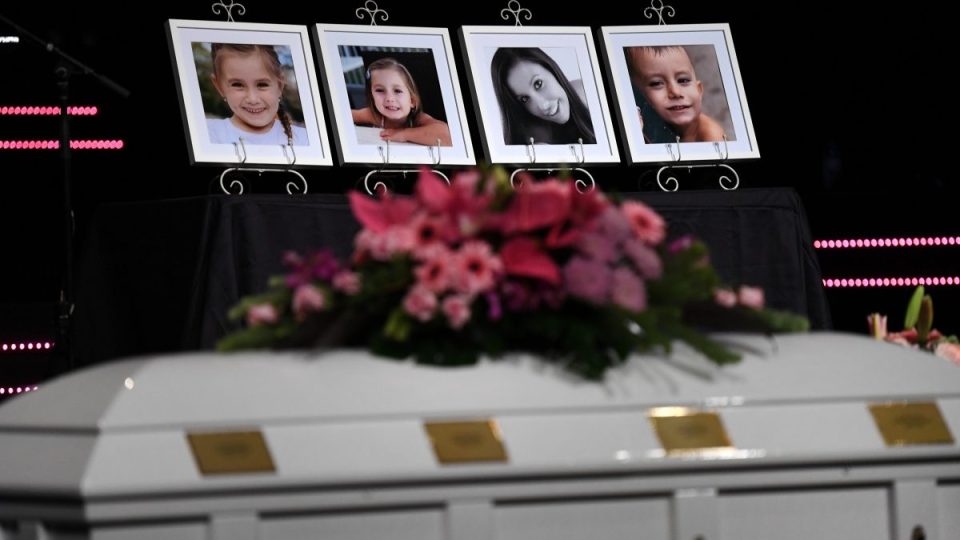 Inquest findings on the deaths of Hannah Clarke and her three children have been handed down. Photo: AAP

Witnesses have told an inquest of Hannah Clarke’s chilling screams, pleas to save her children, and her efforts to fight her estranged husband after he poured fuel in her car and lit it.

Ms Clarke and her three children were doused in petrol and burned alive by Rowan Baxter in Brisbane on February 19, 2020.

She and children Aaliyah, six, Laianah, four, and Trey, three, had just left her parents’ Camp Hill home about 8.30am when Baxter climbed into the passenger seat of her car armed with a knife and can of petrol.

Ms Clarke told witnesses before she died that Baxter instructed her to drive, but she stopped outside a house where physiotherapist Michael Zemek was washing his car, the inquest sitting in Brisbane heard on Monday.

Mr Zemek said he first heard an hysterical scream, before Ms Clarke yelled: “Call the police, call the police. He’s trying to kill me. He’s put petrol on me.”

He couldn’t see or hear children, but Baxter was holding Ms Clarke in a bear hug with both arms around her, as if trying to keep her in the car, Mr Zemek said.

Baxter didn’t appear aggressive, but had a “constraining hold” of Ms Clarke, with a resigned look like he would not let her get away.

“As I approached the (car) window it just went bang,” Mr Zemek said.

He used a hose to pour water on Ms Clarke once she was out the car, telling her to roll on grass to extinguish the flames.

Mr Zemek said Ms Clarke was “amazingly strong for what she went through”.

Samantha Covey stopped her vehicle when she saw smoke and hosed down Ms Clarke, who had severe burns everywhere except on her feet, trying to keep her calm and conscious.

The first words the injured woman said was, “My kids, someone get my kids,” Ms Covey told the inquest.

Ms Clarke said she couldn’t believe Baxter had “done this”.

Ms Clarke said Baxter had dropped a lighter after she stopped the car, that she tried to fight him, even ripping his shirt.

Kerry Fernandez, who lived nearby, spoke of hearing a chilling, “panicked mother scream” like nothing she had heard before.

While on the phone to emergency services she saw Ms Clarke’s car come to a standstill before bursting into flames.

While Ms Fernandez used a fire extinguisher against the blaze that engulfed the car, Baxter, who was badly burnt, jumped in front of her, diving into the car.

It was only later witnesses realised he had emerged with a knife.

Ms Fernandez said she felt intimidated as it seemed the muscled man with a “deadpan” look was trying to stop her putting out the fire.

He was “growling or something” with no words coming out.

“I felt like he was almost guarding the car,” Ms Fernandez said.

Baxter killed himself with the knife, while Ms Clarke died in hospital that afternoon.

The inquest set down for two weeks before coroner Jane Bentley is expected to hear from emergency responders, friends of both Ms Clarke and Baxter and domestic violence services.

Ms Clarke’s father Lloyd said outside court he hoped the inquest would determine how the system let his daughter and grandchildren down.

“(So) they can put new procedures in place … so people won’t have to go through this terrible thing,” he said.