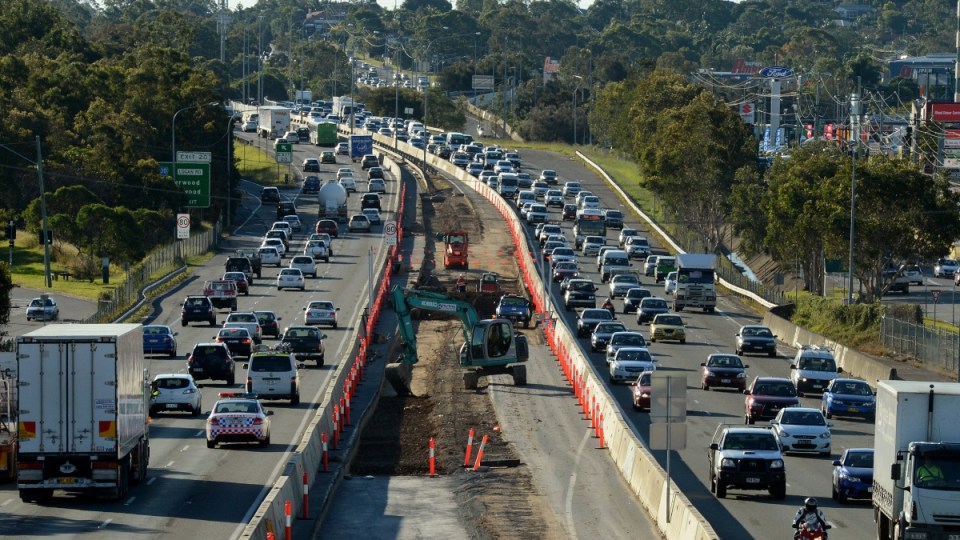 Proceeds from the fuel tax should be spent on improving transport, including roads, the AAA says. Photo: AAP

About $13 billion the government collects from the cost of fuel each year should be spent entirely on improving transport, the peak body representing Australian motoring groups and their 8.7 million members says.

The suggestion is one part of the Australian Automobile Association’s policy priorities for the upcoming federal election, released on Sunday

Its proposals include road safety improvements, greater emissions testing for vehicles and support for electric cars, alongside actually spending the main source of road-building revenue on building roads.

Australia’s fuel excise tax is but one contributor to current record high petrol prices, but all the revenue it collects should be spent on transport infrastructure, rather than the 53.7 per cent the group representing the likes of NRMA, RACQ and RACV said has been spent over the past decade.

“Australian motorists deserve to have every cent of their fuel taxes spent on projects that make their commutes faster, their families safer, and their communities stronger,” AAA managing director Michael Bradley said.

He said both sides of politics have been right to resist calls for cuts to the fuel tax, which is about 44 cents per litre, but whoever wins the federal election needs to actually spend the money it generates on transport.

The transition to electric vehicles is another key concern, with proposals aimed at shoring up the electricity grid and installing more charging infrastructure.

The group pegs the cost of the more than 1000 fatalities and 40,000 serious injuries on Australia’s roads every year at $29 billion and wants the federal government to improve its data collection and reporting to better inform state decisions and save lives as well as money.

Alongside its member clubs the AAA has also identified more than $200 billion in priority infrastructure investments, including extending and upgrading highways, improving public transport, and active transport options such as cycleways and pedestrian bridges.

The AAA says its proposals would create more than 500,000 jobs and generate in excess of $300 billion in economic activity.