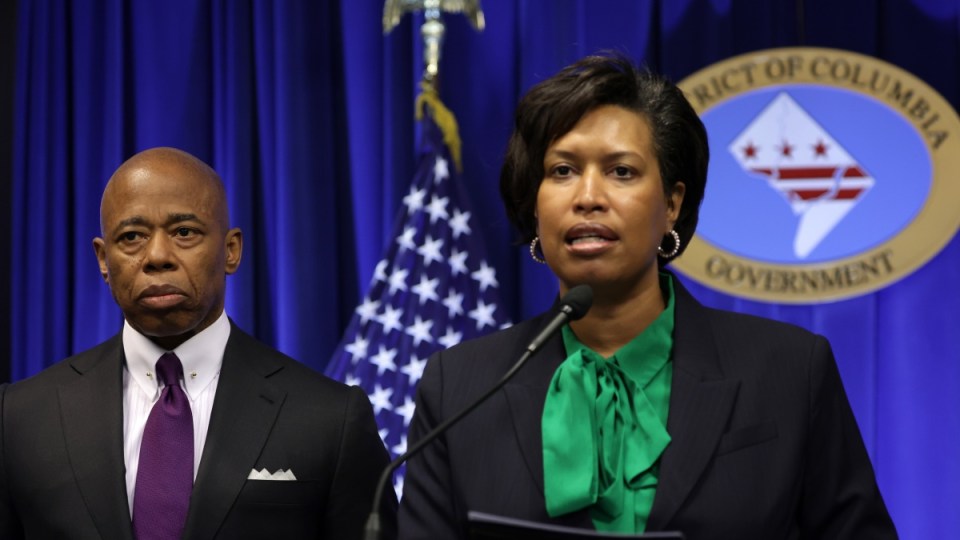 US police have arrested a suspected gunman who has been stalking homeless men asleep on the streets of New York City and Washington DC, killing at least two people and wounding three others in less than two weeks.

Law enforcement arrested the suspect in Washington DC, and he is being interviewed by officers, the Metropolitan Police Department said on Twitter.

Police in the two cities earlier released multiple surveillance photographs, including a close-up snapshot clearly showing the man’s face, and urged people who might know him to come forward.

“Additional information will be forthcoming,” the statement on Twitter said. “Thanks to the community for all your tips.”

MORE PHOTOS of the wanted suspect. Tipsters are eligible for a reward of up to $55,000 for information that leads to the arrest and conviction.@NYPDnews @ATFWashington https://t.co/ENZRG4fzV7 pic.twitter.com/niCz74Nb0V

The mayors of New York City and Washington DC had appealed to the public for help on Monday in the search for the gunman.

Investigators acknowledged that they knew little about the suspected killer or his motive.

Washington DC mayor Muriel Bowser and New York City mayor Eric Adams, speaking together at a news conference on Monday, had urged anyone living on the streets to go to city shelters where they might be safer.

“We know that our unsheltered residents already face a lot of daily dangers and it is unconscionable that anybody would target this vulnerable population,” Ms Bowser said.

Mr Adams said New York City police and homeless outreach teams would focus on finding unhoused people in the subways and other locations to urge them to seek refuge at city-owned shelters.

In Washington, city outreach workers were passing out flyers among the homeless population, urging people to “be vigilant” and featuring multiple pictures of the suspect.