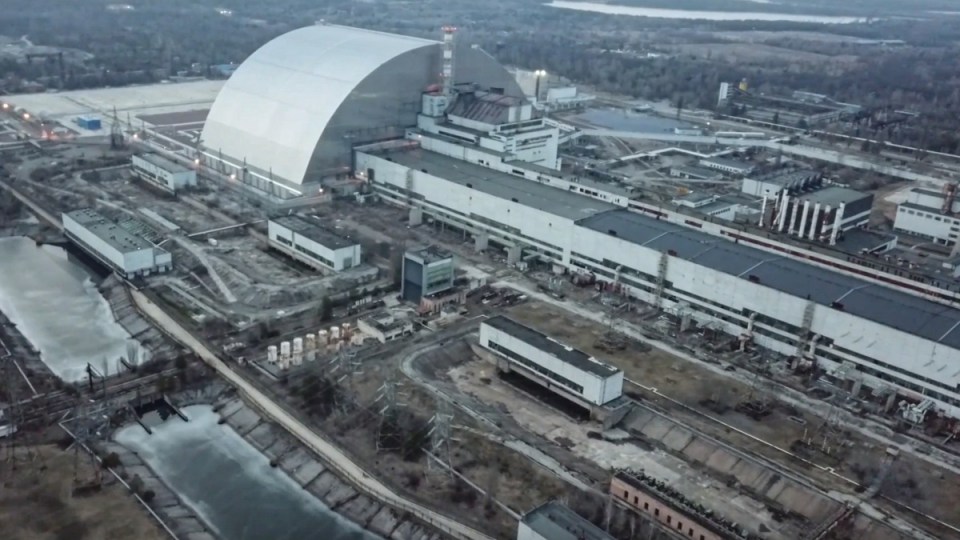 Power has been cut to the Chernobyl nuclear plant since it was captured by Russian forces. Photo: EPA

Radioactive substances could be released from Ukraine’s Chernobyl nuclear plant because it cannot cool spent nuclear fuel after its power was severed, state-run company Energoatom says.

The Ukrainian nuclear company says fighting made it impossible to immediately repair the high-voltage power line to the plant, which was captured by Russian forces.

Energoatom said there were about 20,000 spent fuel assemblies at Chernobyl that could not be kept cool amid a power outage.

Their warming could lead to the release of radioactive substances into the environment, it said in a statement.

“The radioactive cloud could be carried by wind to other regions of Ukraine, Belarus, Russia and Europe.”

Without power, ventilation systems at the plant would also not be working, exposing staff to dangerous doses of radiation, Energoatom added.

On Tuesday, the UN nuclear watchdog warned the systems monitoring nuclear material at the radioactive waste facilities at Chernobyl had stopped transmitting data.

The still-radioactive site of the world’s worst nuclear disaster lies some 100 kilometres from Kyiv.

Its fourth reactor exploded in April 1986 during a botched safety test, sending clouds of radiation billowing across much of Europe.

The news comes as Russia has demanded the US explain to the world why it had supported what Moscow cast as a military biological program in Ukraine.

Foreign ministry spokeswoman Maria Zakharova demanded transparency from Washington over the allegation, which is denied by Kyiv and which a Pentagon spokesman has described as absurd.

“We confirm facts, unearthed as part of the special military operations, which testify to an emergency attempt to erase evidence of military biological programs,” Ms Zakharova told reporters.

“We are not talking here about peaceful uses or scientific goals. What were you up to there?

“These (programs) were financed by the US Department of Defence.”

In response to earlier Russian allegations about the purported military biological program in Ukraine, a Pentagon spokesman said on Tuesday: “This absurd Russian misinformation is patently false”.

At her briefing, Ms Zakharova said: “The US Defence Department and the presidential administration of the United States are obliged to officially explain to the global community, officially, not through talking heads, about the programs in Ukraine.

“We demand details,” she said. “We demand and the world awaits.”