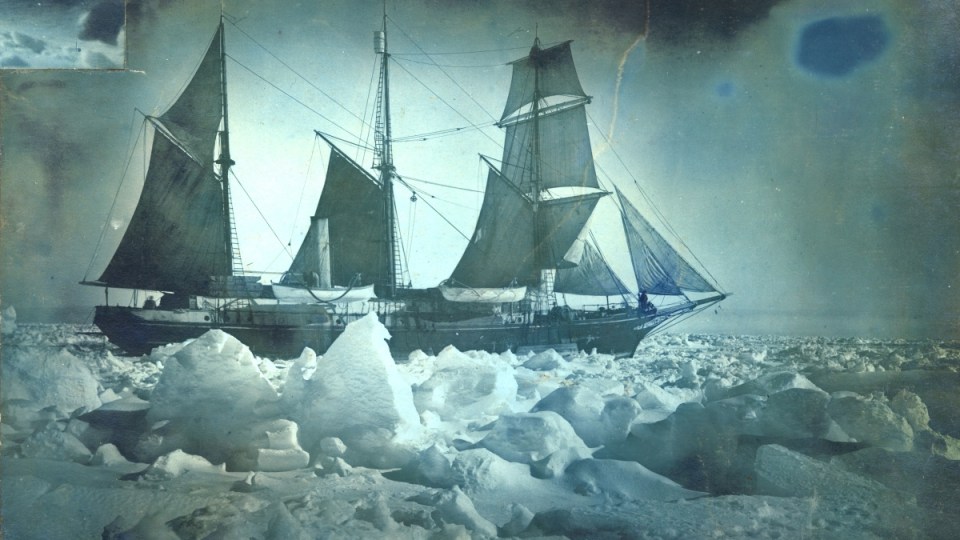 The wreck of Sir Ernest Shackleton's ship Endurance has been found off the coast of Antarctica. Photo: Frank Hurley/Getty

The wreck of Sir Ernest Shackleton’s ship Endurance has been found off the coast of Antarctica, according to the Falklands Maritime Heritage Trust.

The ship had not been seen since it was crushed by ice and sank in the Weddell Sea in 1915.

Last month the Endurance22 Expedition set off from Cape Town, South Africa, on a mission to locate it, a month after the 100th anniversary of Sir Ernest’s death.

Endurance was found at a depth of 3008 metres and about seven kilometres south of the position originally recorded by the ship’s Captain Frank Worsley, the trust said.

Donald Lamont, Chairman of the Falklands Maritime Heritage Trust: "Our objectives for Endurance22 were to locate, survey and film the wreck, but also to conduct important scientific research, and to run an exceptional outreach programme." pic.twitter.com/KCo5sGbQ6w

Dr John Shears, the expedition leader, said: “The Endurance22 expedition has reached its goal. We have made polar history with the discovery of Endurance, and successfully completed the world’s most challenging shipwreck search.

“In addition, we have undertaken important scientific research in a part of the world that directly affects the global climate and environment.

“We have also conducted an unprecedented educational outreach program, with live broadcasting from on board, allowing new generations from around the world to engage with Endurance22 and become inspired by the amazing stories of polar exploration, and what human beings can achieve and the obstacles they can overcome when they work together.”

The expedition’s director of exploration said footage of Endurance showed it to be intact and “by far the finest wooden shipwreck” he has seen.

Behold! #ENDURANCE The lost ship of Antarctic explorer Sir Ernest #Shackleton has been found on the floor of the Weddell Sea. After more than two weeks of searching, the @Endurance_22 project found the ship on Saturday. https://t.co/klujpcPGeH pic.twitter.com/XH2XFwDmHw

Mensun Bound said: “We are overwhelmed by our good fortune in having located and captured images of Endurance.

“This is by far the finest wooden shipwreck I have ever seen. It is upright, well proud of the seabed, intact, and in a brilliant state of preservation. You can even see ‘Endurance’ arced across the stern, directly below the taffrail.”

Mr Bound said it was a milestone in polar history.

“However, it is not all about the past; we are bringing the story of Shackleton and Endurance to new audiences, and to the next generation, who will be entrusted with the essential safeguarding of our polar regions and our planet.”

Mr Bound paid tribute to the navigational skills of Captain Frank Worsley, the captain of the Endurance, whose detailed records were invaluable in the quest to locate the wreck.