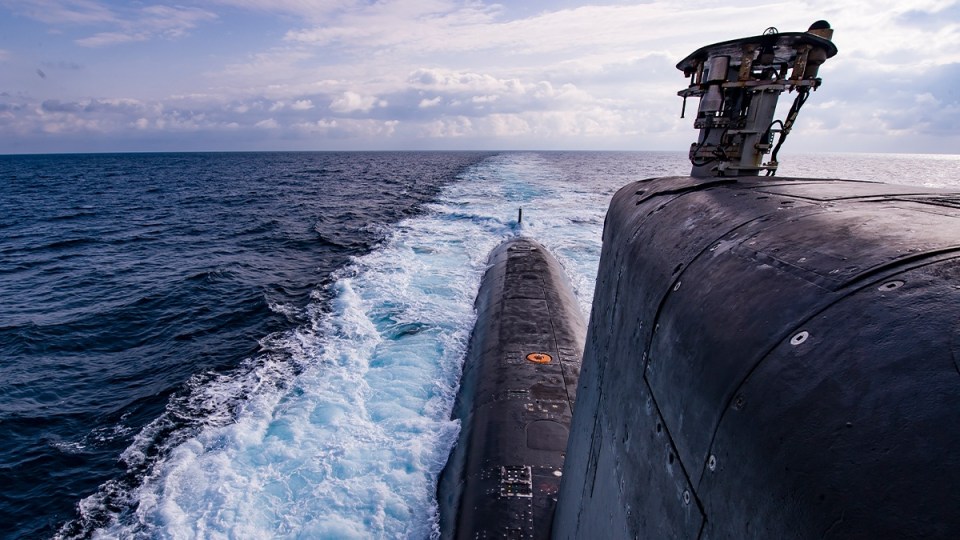 The government has denied the large taxpayer bill after the failed French sub deal was embarrassing. Photo: AAP
opinion

For a Prime Minister who claims the gift of far-sightedness when it comes to preparing for a deteriorating international security environment, Scott Morrison is relying on a gossamer-thin record.

In fact the record is so thin it disappears from view when put under the microscope of outcomes versus delivery.

The saga of Australia’s journey from conventional submarines to nuclear-propelled vessels is a stark case in point.

Their planned introduction into the nation’s arsenal of lethal capability to cope with the threat of “a new arc of autocracy” was trumpeted in a major address to the Lowy Institute on Monday.

It was, thanks to the Prime Minister’s COVID-19 isolation, a “virtual” address and that was a fitting context for the unreality of the claim that his government had “taken strong, brave and world-leading action in response”.

The “arc” stretches from autocratic Russia all the way across the top of the globe into the Indo-Pacific thanks to China, although the Prime Minister significantly qualified any threat Beijing poses.

He went so far as to say he “wouldn’t for a moment seek to draw any parallels between the situation in the Taiwan Strait and Ukraine” and he wouldn’t want to “alert or concern Australians that because what’s happening in Ukraine” will happen automatically in our region.

Just as well because the nuclear submarines, one of the major defences against a belligerent China, are – despite what the Defence Minister Peter Dutton had to say on the weekend – still almost two decades away.

Morrison contradicted Dutton by saying any decision on what type of submarine, an American or British one, won’t be made till after the election.

And the big “announceable” of the speech: $10 billion for an east coast nuclear submarine base was as Labor’s Brendan O’Connor pointed out, “an announcement about a decision that will be made in 2023 and won’t actually be feasible for more than a decade after that”.

Independent Senator Rex Patrick, whose freedom of information search flushed out the government’s hopeless management of the “future submarine project,” is scathing.

He says Australia is “13 years and $3 billion” into the project and all we’ve got to show for it is “a study into getting a nuclear submarine and now a study where we might put them”.

Senator Patrick is very unimpressed with Morrison naming three possible sites on the east coast: Brisbane, Newcastle or Port Kembla, which ignores comprehensive investigations by Defence going back to 2011 that nominated Sydney.

The prospect of announcing the home basing of submarines carrying nuclear reactors requiring weapons-grade uranium as their fuel in the nation’s biggest city with its plethora of marginal electorates is obviously a risk the embattled PM is not prepared to take on the eve of the election.

The exclusion of any mention of Adelaide gives weight to the impression Peter Dutton created on Sunday when he ruled out “bespoke submarines”, that is ones adapted to be built in our naval shipbuilding yards.

Former submariner Patrick thinks the base announcement was designed to “gloss over” the government’s “disgraceful national security failures that have left our country vulnerable”.

A view shared by former prime minister Malcolm Turnbull after the scrapping of his deal to purchase 12 French Attack class conventional submarines.

Labor isn’t feeling too vulnerable to this wedge, why would it?

Morrison is asking voters to trust a government that has botched its previous two major submarine projects.

Newcastle region MP, Labor’s Pat Conroy says the government has an appalling record of waste and bungling when it comes to providing our Defence Force personnel the weapons and equipment they need to defend the nation.

He says Peter Dutton is this government’s sixth defence minister in eight years.

”Goldfish last longer than Liberal defence ministers” Conroy says, which goes a long way to explain why under Dutton’s watch “there are now 30 major Defence projects that are running cumulatively 79 years late”.

Defence analysts are convinced a British submarine will be the only one that will be on offer when Australia gets around to announcing its choice, but there are real questions on how we will fill the significant capability gap before the first one is delivered.

In the meantime the Chinese are producing a new generation of nuclear submarines, which according to one source familiar with the industry, the Americans and British are yet to match.

There will be some very hard decisions after the election no matter who wins.

The harder one before then is who can voters trust to do better than what we have seen in the past decade.