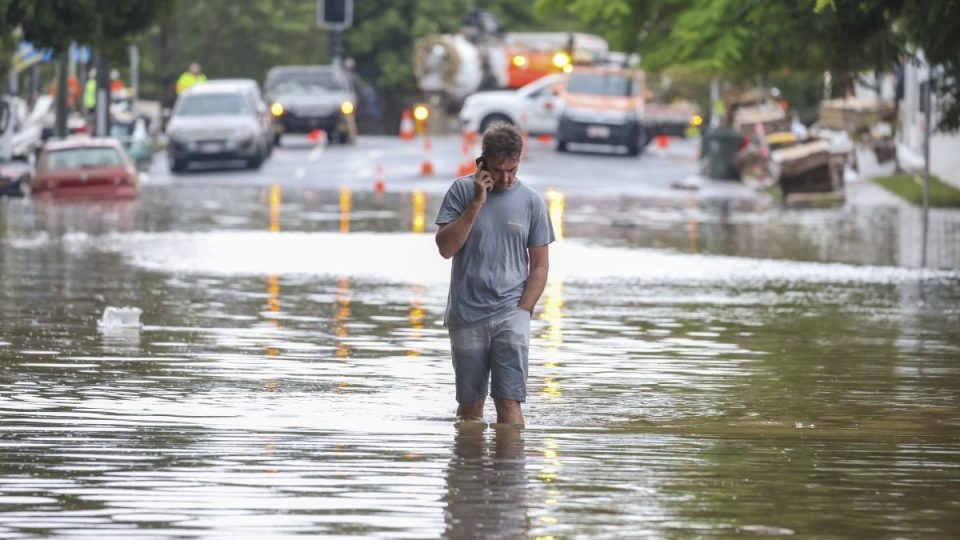 There have been 171 applications for grants of up to $25,000 for small rural landholders. Thirty-eight have been approved. Photo: Getty

Meteorologists are warning that communities living across 1000 kilometres of the New South Wales coast are in for a drenching, with possible renewed flooding and landslides, as residents in parts of Sydney’s south and southwest were told to evacuate.

“Mother nature isn’t ready to turn the tap off over eastern NSW just yet,” says meteorologist Ben Domensino of Weatherzone.

“Over the next 48 hours, the upper-level low pressure system will continue to cause dangerous weather in eastern NSW.”

The Bureau of Meteorology said storms are expected to continue until at least Wednesday.

“What we are faced with is a very serious situation on broad areas of the NSW east coast,” the BoM’s Dean Narramore said on Monday.

The warnings extend to “every community and town in between and extending well inland towards the Blue Mountains, Central Tablelands, Southern Highlands and possibly Canberra,” he said.

With the heavy rains battering the state, soil is saturated and rivers are swollen which could lead to more landslides.

“We’re looking at flooding similar to last week on some parts the river. In other areas it could be worse than what we saw last weekend – similar to what we saw in March last year,” she said.

“If it is not safe to go home, please do not go home.”

Residents in some suburbs of south and southwestern Sydney were told to evacuate late on Monday night and early on Tuesday morning.

“If you remain in the area you may be trapped without power, water and other essential services and it may be too dangerous to rescue you,” the SES said.

Evacuation centres had been set up in Canley Vale and Menai.

Residents in Camden, in southwest Sydney, were urged to evacuate earlier on Monday night due to the danger of flooding.

Parts of Emu Plains, Penrith and Mulgoa in far west Sydney were also advised to prepare for evacuation.

The floods have had a flow-on effect with blood donations taking a hit across the country.

The Australian Red Cross is urgently appealing for donors to come forward nationally with road closures in Queensland and northern NSW resulting in a shortfall of 3000 donations.

The charity says it is the equivalent of an entire Saturday’s supply.

“In Sydney, where a fifth of the country’s blood supply is collected, hundreds of blood donors have been unable to donate, with many impacted by evacuation orders and disruptions to public transport at major blood collection centres,” says Cath Stone, Red Cross Executive Director Donor Services.

Floods have claimed six lives in NSW, including four in Lismore in the state’s north.