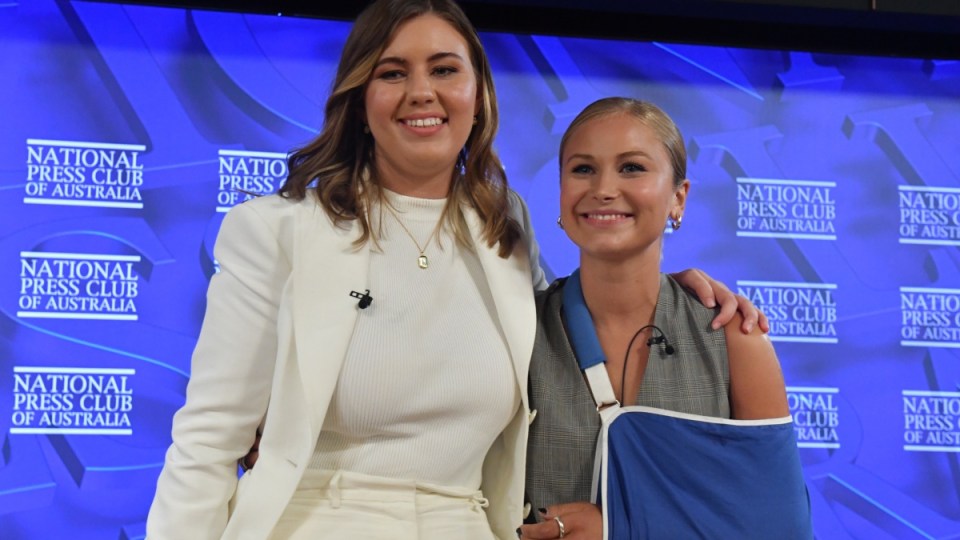 Brittany Higgins and Grace Tame are among those calling for action to stop violence against women. Photo: AAP

Promises to end the violence, harassment and discrimination felt by many Australian woman must be backed up with real action, a group including Grace Tame and Brittany Higgins says.

To coincide with International Women’s Day, the alliance of prominent women is releasing a video and letter outlining how leaders can ensure calls for action are reflected in real change.

“We’ve had the reviews, the reports, the talkfests – it’s time for our leaders to get to work, stop the abuse of power and bring about real change,” 2021 Australian of The Year Grace Tame said.

Among the actions the group says will result in real change are 10 days’ paid family and domestic violence leave and eliminating the gender pay gap.

“One in five women in Australia will be sexually assaulted or raped in her lifetime, and two in five women have faced sexual harassment in the workplace in the last five years,” Ms Pool says.

“If you’re a First Nations woman, a woman of colour, have a disability or identify as LGBTIQ+, those statistics are even worse.”

International Women’s Day is recognised on March 8 and the letter and video will be released on Sunday night.

COVID boosters: When Australians might be able to get their fourth jabs
One in two Australians ‘confused’ by sexual consent: Report
Today's Stories