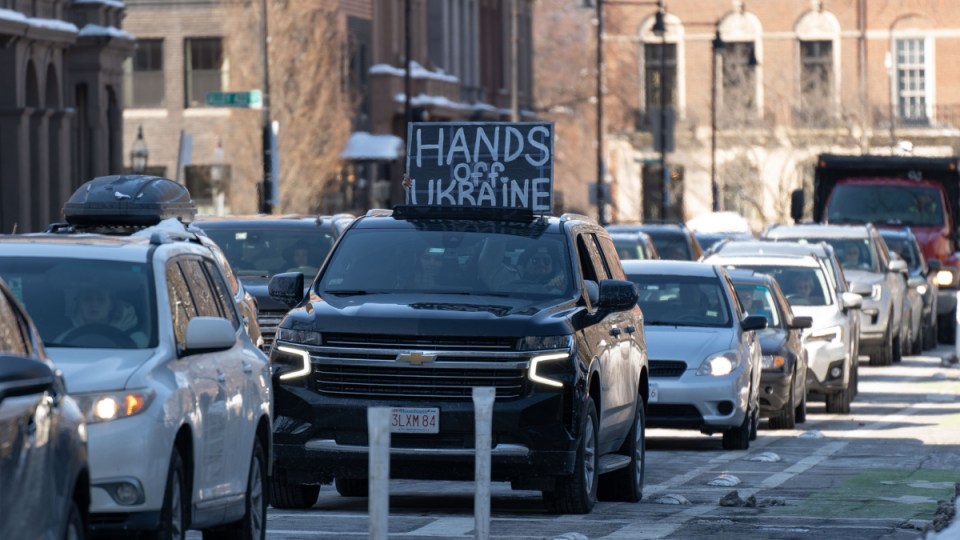 For more than a decade Vladimir Putin has been using the billions of dollars Russia has earned from its oil and gas exports to rebuild the nation’s military capacity.

But his invasion of Ukraine is forcing his major customers into a radical rethink.

Seventy per cent of Russia’s gas goes to the European Union, as does 50 per cent of its oil with Germany, the biggest customer now flagging an urgent plan to diversify its energy sources and needs.

Australia imports a mere one per cent of its crude oil from this now-tainted source and is in the fortunate position of not only being self-sufficient in gas but also being a major world exporter.

However, we can’t escape the economic impact of Putin’s global disruption to fossil fuel energy markets.

The price impact is the most obvious and immediate, but this seemingly sudden and unexpected assault on the post-World War II international order has also served to expose Australia’s transport energy vulnerability.

Energy Minister Angus Taylor acknowledges many Australian families and businesses are feeling these pressures when they go to refuel their cars and trucks.

It sounds reassuring, but our extra reserve of 1.7 million barrels of oil, purchased last year, is stored in Texas while we now scramble to build more domestic storage, and this comes after years of the International Energy Agency warning us that our stocks had fallen below safe levels.

It took the Coalition government well into its third term to find a solution that depends on tanker availability to deliver our stocks from America during an international crisis.

The extent of our oil dependence is enormous.

It costs $29 billion in annual imports to keep Australia moving and yet we have readily available an abundance of renewable energy sources in solar, wind and hydro.

The Coalition government not only dragged the chain on fossil fuel security, but its decade-and-a-half-old internal power struggles over climate change has been a major obstacle to implementing a speedier transition to electric transport.

Who can forget Scott Morrison ridiculing electric vehicles in the 2019 election campaign?

Software billionaire Mike Cannon-Brookes summed up the situation in a pithy tweet: “A reminder as petrol, gas & coal prices soar due to a horrible war … the price of the sunshine and wind powering 30 per cent of our grid and all our electric vehicles … hasn’t changed. It’s still a $0 cost input. Energy independence comes from renewable abundance.”

The reluctance of the Morrison government to still accept this obvious fact is more than disappointing and was nowhere more obvious than in its unenthusiastic reception of Cannon-Brookes’ takeover bid of AGL Energy.

What clearly spooked them was the plan to close all of AGL’s coal-fired power stations by 2030 and invest $20 billion in renewables.

The Coalition’s coal champions were apoplectic.

A reminder as petrol, gas & coal prices soar due to a horrible war… the price of the sunshine & wind powering 30% of our grid & all our electric vehicles… hasn’t changed.

The government’s talk of possible intervention to prevent the sale was in stark contrast to the Prime Minister preaching to an unimpressed audience at the COP26 climate conference in Glasgow that he would be leaving it to scientists, entrepreneurs, and others to meet net-zero emissions by 2050 and it “was up to the governments to back them in”.

Labor’s energy spokesman Chris Bowen, on the other hand, said the sale was “up to the market” and accepted the proposed sale plans were the direction the sector is inevitably moving towards.

With scientists warning the catastrophic storms and rain events swamping Queensland and moving further down the NSW coast are a direct result of global warming, is it any wonder climate change action has become a key election issue?

Two University of Melbourne scientists, Kimberley Reid and Andrew King, say unchecked warming will see such events become even more frequent than we have seen so far in the past decade.

“However,” they write “this path is not final. There is still time to change the outcome if we urgently reduce emissions to stop global warming beyond 1.5 degrees Celsius this century.”

He has made energy security an urgent issue first for Europe but also for the rest of the world.

It really is a no-brainer for Australia to stop the procrastination foisted on it by vested interests and promote the extensive adoption of electric vehicles powered by our renewable energy.

The signs are the electorate is looking for a change of direction. It is long overdue.