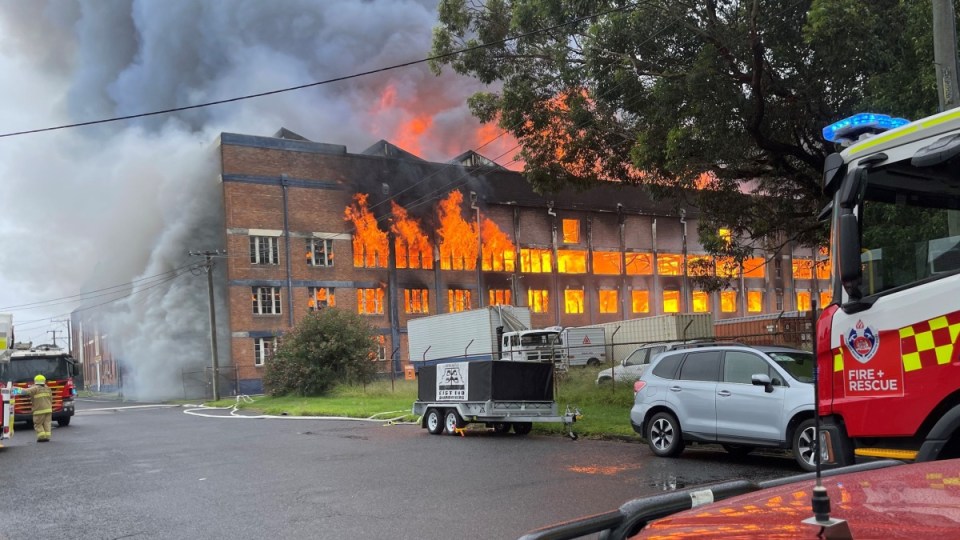 Firefighters have contained a blaze that broke out in a former wool store in inner Newcastle. Photo: NSW Fire and Rescue

Firefighters have managed to contain a “mega warehouse blaze” in Newcastle, however the fire is expected to continue burning while it is too dangerous for crews to enter the building.

More than 100 firefighters were sent to Annie Street at Wickham in Newcastle’s inner suburbs about 2.30pm on Tuesday.

The fire, described by Fire and Rescue NSW as a “mega warehouse blaze”, prompted the evacuation of surrounding streets.

About 50 houses and 200 units were evacuated, a Fire and Rescue NSW spokesperson told AAP.

About 30 people were in a nearby evacuation centre on Tuesday evening.

WICKHAM | Over forty #FRNSW members comprised of firefighters and senior officers are working to contain a fire in a storage unit that is spreading to other units in a storage facility on Annie St. Operations will be ongoing for some time.

“It is unlikely these evacuated residents and businesses will be able to return this evening,” Newcastle police said.

The fire took hold in an old wool store, where three four-storey warehouses back on to a fuel terminal.

Firefighters managed to contain the fire to two out of three warehouses and stop it from spreading to the terminal.

An exclusion zone remains around the former wool store amid “significant concerns” the four-storey brick walls of the warehouses could collapse.

HAZMAT crews are on the scene monitoring a roof suspected to contain asbestos as well as the run-off of water used to contain the blaze.

Netflix will soon have ads, but it might not be what you think
Death toll from Queensland floods rises to nine with Glen Esk find
Today's Stories