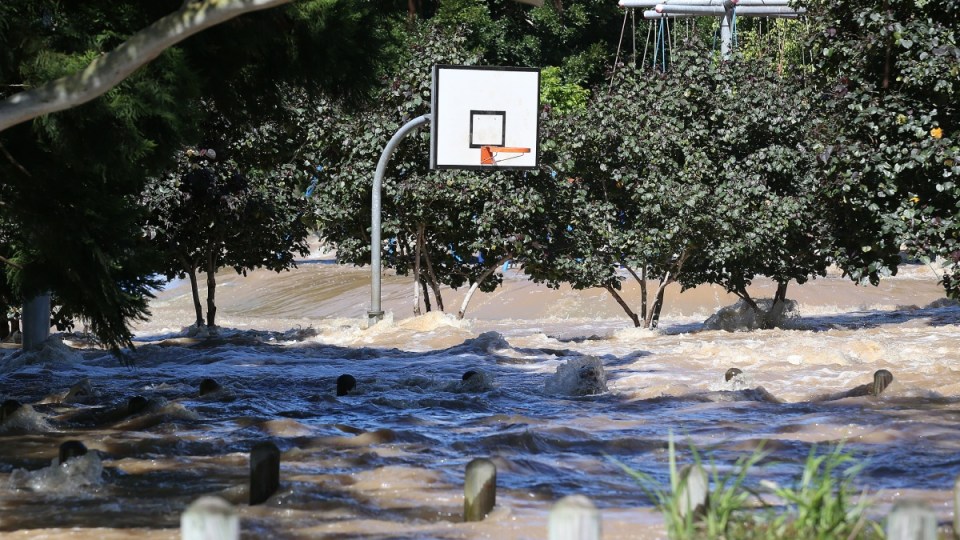 The death toll for south-east Queensland’s devastating floods has risen to nine after a man’s body was recovered north of Brisbane.

Queensland Police believe it is the 76-year-old who had been missing since Sunday night when he was washed away in his car near Glen Esk.

“This morning police divers located the submerged vehicle and the deceased man in flood waters at Paddy Gully Creek,” they said in a statement on Tuesday night.

Police have “grave fears” for another man who is missing after he fell from a boat into the Brisbane River on Saturday.

But there is major flooding under way on the Brisbane, Logan, Bremer and Mary Rivers, as well as Warrill Creek.

Motorists are urged to obey all road closed signage, regardless of whether flood waters have receded.

Damage to roadways and bridges must be assessed and debris removed before the area is declared safe and reopened. (1/2) pic.twitter.com/DOphPo6rBk

Queensland Fire and Emergency Services made 16 rescues and responded to 256 calls for help into Tuesday morning.

They have made 630 rescues and responded to 10,000 calls since the rain began last Tuesday, and there’s still a backlog.

“So we appreciate the patience of the public while we get to those calls,” QFES Commissioner Greg Leach said.

The full scale and cost of the destruction is unclear as many areas are still inaccessible, with about 600 roads still cut.

Queensland Premier Annastacia Palaszczuk said the equivalent to 80 per cent of Brisbane’s annual rainfall bombarded the city in three days, more than during the 1974 floods, with more than a metre falling on 30 south-east suburbs.

“And honestly, I don’t think anyone was ever expecting that we get this on the top of a two-year pandemic.”

The Brisbane River will remain in flood, after peaking at 3.85 metres on Monday morning, for the next three to seven days amid staged water releases from Wivenhoe Dam upstream.

The Bureau of Meteorology is also forecasting severe thunderstorms in the south-east from Wednesday, with localised heavy rainfall that may lead to flash flooding.

There are 1152 people in evacuation centres and many more bunking with loved ones, such as Chelmer resident Kate Smolders and her two young children who are unsure when they’ll be able to return to their waterlogged home.

“There was some anxiety and tears when we told the kids that we won’t be able to go home for a little while because it is not safe,” she told AAP.

“So many people around here are shellshocked and traumatised, especially those new to the area, at the moment which is heartbreaking.”

After being trapped for days in Gympie, those trying to leave finally received good news with the opening of the #BruceHighway. @NatarjshaKramer #9News pic.twitter.com/kzA7Ue1H5B

At Gympie, north of Brisbane, locals are assessing the damage after the Mary River rose to its highest level in 130 years on Monday.

Bank of Queensland manager Jellina White said water came up to the ceiling of her branch and neighbouring businesses along Gympie’s main street.

“Even though it’s a bomb site, at least we sort of can get in and feel like we’re actually doing something at the moment,” Ms White told AAP.

More than 35,150 properties were without power on Tuesday afternoon with many businesses and community clubs offering flood-hit locals free meals and charging their phones and computers.

The clean-up has begun in some areas, with Brisbane Lord Mayor Adrian Schrinner reviving the volunteer Mud Army that helped the city recover from the 2011 floods.

“If you helped out in 2011 or have just heard the stories about the heroic efforts of hundreds of Brisbane locals I am urging everyone willing and able to sign up to get involved,” Cr Schrinner said.

Police have launched a preventative operation to combat property crime and protect homes and businesses in flood affected areas.

Meanwhile, Queensland Police Commissioner Katarina Carroll said she was “disappointed and disgusted” that homes of people forced to evacuate in the Ipswich area had been looted.

A 22-year-old man was arrested and charged with burglary on Monday.

Queensland Police on Tuesday launched Operation Uniform Nash to combat looting in flood-hit areas from Maryborough to the Gold Coast.

“Queenslanders support their mates, and if you’re thieving from them, you’re not a Queenslander, you’re a grub,” Police Minister Mark Ryan said.