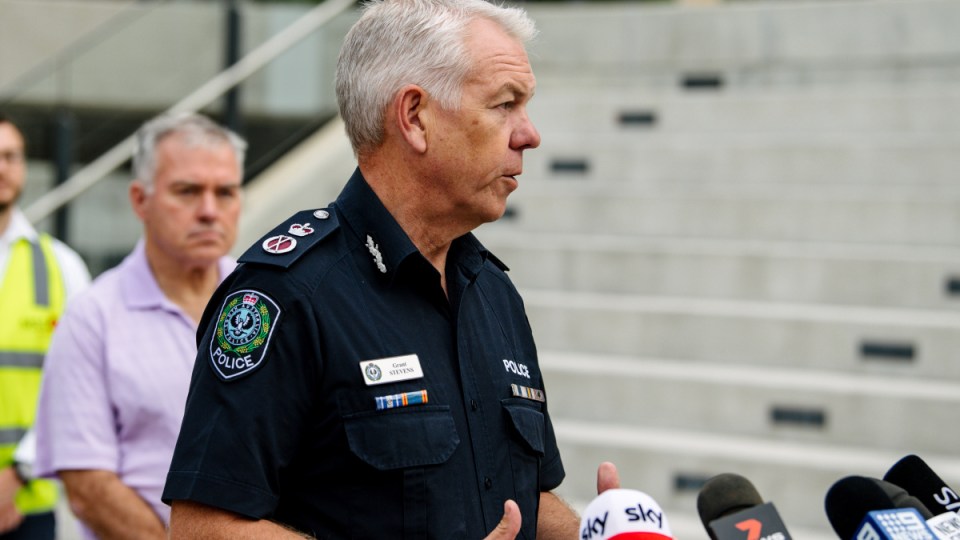 Police say they remain confident of finding the body of a man who is believed to have been murdered. Photo: AAP

The search for a South Australian who was walked into the scrub before being killed in the state’s mid-north has become “more of a marathon” as police express continued confidence in finding his remains.

Officers spent a third day on Thursday searching for the body of Adelaide man Robert Atkins in an area between Orroroo and Peterborough, and plan to return again on Friday.

Mr Atkins is thought to have been murdered due to his links to the drug trade.

He is one of three men believed to have been killed by the same group, described as low-level drug dealers and petty criminals.

The third day of searching in the Mid-North for the body of Robert Atkins has concluded. Watch the press conference here: https://t.co/7uEN1MaVfy pic.twitter.com/5dhuNFQDhE

Detective Superintendent Des Bray said investigators were happy with how the search was proceeding with their efforts so far ruling out a large area.

“While it would have been nice to find him, it’s obvious that this has turned into more of a marathon,” Superintendent Bray told reporters on Thursday.

“We’ll take as long as necessary.

“It’s tough going out there, but the team is really committed to continuing the search and getting a result.”

Superintendent Bray said the search would continue until about lunchtime on Friday, but officers would return to the region at a later date and remain confident of success.

“We wouldn’t commit the resources we have if we didn’t think there was a good chance,” Superintendent Bray said.

“Is it a certainty? No, it’s never a certainty. But where there’s hope, we’ll always have a go.”

The 2nd day of searching in the Mid-North for the body of Robert Atkins has concluded. Although nothing of significance was located D/Supt. Des Bray has released photographs of clothing that Mr. Atkins was wearing the day before and the day of his murder https://t.co/bI8oANpiGH pic.twitter.com/6ZtAk7bAhD

Police in late 2021 established a special task force to investigate the killing of Mr Atkins, 29, along with the deaths of Trevor King and Jeff Mundy.

Mr King, 41, was found dead at suburban West Lakes in January 2020 with police now believing his death was staged to look like a suicide.

In the months before his death, he was the victim of unlawful detention and serious assaults, resulting from a drug debt.

Mr Mundy, 36, was last seen in December 2020. His body has not been found, with police suspecting it was disposed of somewhere on SA’s Fleurieu Peninsula.

Up to 15 people were believed to have been involved in the suspected murders and detectives were also checking another 200 overdose deaths since 2019 to determine if any more were suspicious.