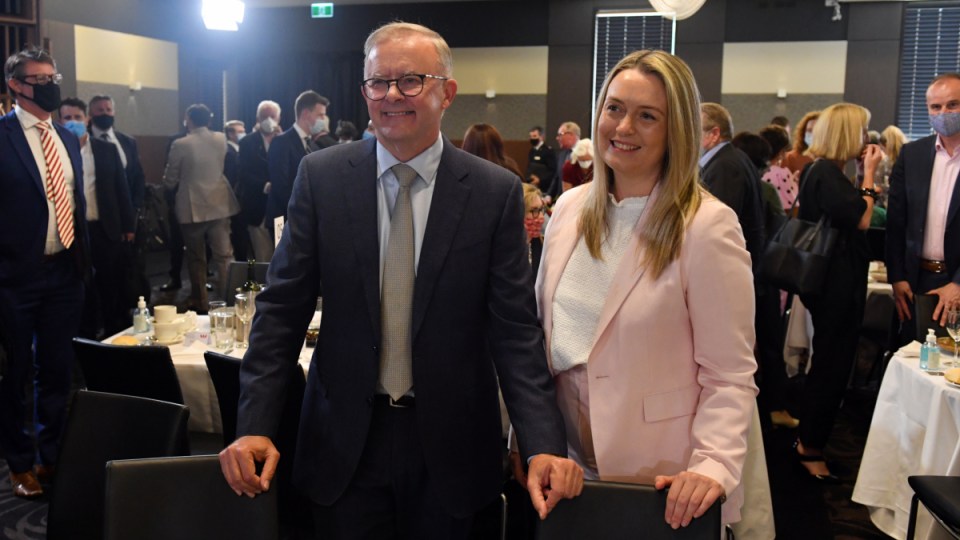 Labor leader Anthony Albanese and his partner Jodie Haydon have opened up in a magazine interview. Photo: AAP

Anthony Albanese has provided a glimpse into his life outside of politics.

In an interview with the Australian Women’s Weekly, the Labor leader details the car accident that changed his life, his unconventional childhood and his relationship with partner of two years Jodie Haydon.

Mr Albanese credits his love of rock music to his Camperdown neighbours and still attends music festivals, DJs charity events and votes in the Hottest 100.

“His life experiences really inform the person he is and the way he works with people,” she told the magazine.

On an overseas trip, Maryanne fell pregnant at the age of 25 to Italian steward Carlo Albanese, who later told her he was already engaged to marry someone from his home town.

Although Maryanne was advised to adopt out baby Anthony, in order to keep him she came up with a story that she had married Carlo overseas but he had died suddenly in a car accident.

“It was really courageous of her. It was expected that I would be given up for adoption, but she didn’t want to do that, and she was strong enough to resist it,” Mr Albanese said.

He only found out the story had been made up when he was 14 years old.

“When Mum told me, I was very much, ‘Well, he chose not to be part of my life. I don’t need anything from him’. Mum said, ‘He might still be alive, if you’re interested in trying to find him’. And I was immediately like: ‘No, I’m not’,” he told the Women’s Weekly.

“I didn’t want to disrespect her, and I think if I’d said, ‘Yeah, I need to find him immediately’, it would have been saying she wasn’t enough. And she was enough for me.”

It was only after his mother’s death in 2002 that Mr Albanese decided to find his father, which ended up being a long, complicated search across three countries.

In 2010, he found Carlo in Italy – as well as a half-sister and brother – and even after Carlo’s death in 2014 the family remains in touch.

Just over 12 months ago, Mr Albanese was involved in a life-threatening car accident in Sydney’s inner west.

A 17-year-old in a Range Rover had driven onto the wrong side of the road, colliding with Mr Albanese’s car.

Ms Haydon – a strategic partnership manager for an industry super fund – told the magazine the accident made her realise the depth of their relationship.

“It was very scary, and in that moment, you realise just how much you love this person, the fear of losing them,” she said.

“I know the months ahead (of the election) will be intense. But my focus will simply be to support each other through it.”