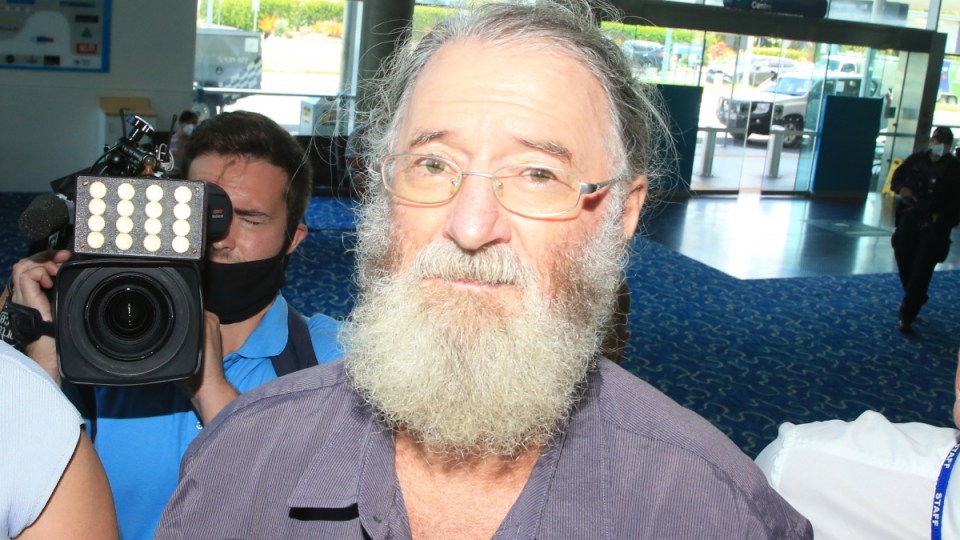 After more than a decade on the run, Graham Gene Potter has faced court in Melbourne on drug trafficking and conspiracy to murder charges.

Police had been hunting for the 64-year-old for the past 12 years, but detectives finally uncovered his hiding place south of Cairns on Monday.

By Wednesday night, he’d been flown back to Melbourne, where he leaned back on his chair in a secure hearing room, smiling, before facing court via videolink.

Magistrate Andrew McKenna said Potter was facing two counts of conspiracy to murder, along with trafficking a commercial quantity of drugs, when he failed to answer bail in February 2010.

But because his case dated back 12 years there was little paperwork to be found – “the court has nothing”, and the case was in the archives, Magistrate McKenna said.

Commonwealth prosecutor Patrick Darby said detectives would have to reconstruct the police brief against Potter, “pull it apart and put it back together again,” a task that would likely take six weeks.

The court heard Potter should also be assessed for a stint in protective custody.

Potter was allegedly hired in 2008 to kill a man at a wedding of the son of Melbourne underworld figure Mick Gatto, and also faces charges over a $440 million ecstasy and cocaine haul the same year.

Earlier on Wednesday, Potter was led in handcuffs through Cairns airport before his flight to Melbourne, telling reporters he felt good.

He said he had spent his years on the run “living life” and “avoiding being killed”.

Potter did not apply for bail and has been remanded in custody until May 18.

Alan Kohler: The major parties have no plan for housing affordability
Ukraine to impose state of emergency as Russia claims to have foiled ‘act of terrorism’ in Crimea
Today's Stories