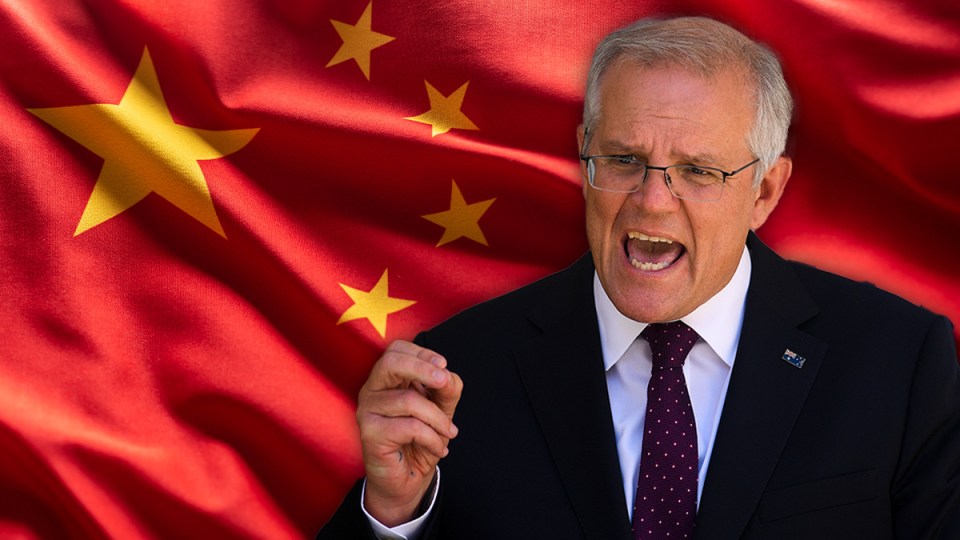 Scott Morrison’s ramping up of a scare campaign against Labor’s Anthony Albanese has shone a laser-like focus on just how defenceless Australia is against any military threat China might pose.

To listen to the Prime Minister, you would think it is in Australia’s power to force an explanation from China about an alleged laser attack on a RAAF surveillance aircraft in the Arafura Sea to our immediate north on Thursday.

The former senior defence bureaucrat has raised doubts about the nature of the attack and says the government should supply more details, including whether our aircraft was itself behaving according to the rules of engagement.

On Monday the Prime Minister was walking back his more bellicose tones of Sunday after the incident was disclosed in time to feature heavily in the weekend papers.

Morrison admitted the Chinese vessels “had every right to be there”, just as our navy has every right to sail through the international waters of the South China Sea.

But he said their action was completely indefensible and “we have demanded there be an investigation of what occurred”.

It is unusual for such incidents to be reported publicly so quickly, suggesting our defence department was acting under instructions from its political masters.

The precedent of the ‘Children Overboard’ affair in the 2001 election campaign comes readily to mind.

Then prime minister John Howard, similar to Morrison today, was running a “khaki” election campaign, charging his Labor opponents with being weak on border security and dreadful people who, according to alleged navy reports, were throwing their children overboard to force their rescue.

Doubts were raised at the time about the blackguarding of innocent refugees, but Howard had won the election by the time the claims were shown to be false.

Twenty one years ago, the Howard scare campaign was able to play into the powerful emotion of voters’ fears because the attacks in Washington and New York were carried out by Islamic terrorists from the same part of the world as the boatloads of asylum seekers.

The conflation of these hapless people with an invasion was always reprehensible, but at least there was a feather to fly with.

Twenty one years later there is no invasion, the enemy is our biggest trading partner and a superpower vying with the United States to be the dominant power in the Asia Pacific.

Professor White believes neither side of politics in Australia has come to terms with this reality, nor accepted that America is in decline and itself is yet to work out a way of co-existence with China going forward.

It’s a problem made all the more difficult by the fact the Asian giant is enmeshed in both our economies.

He believes both the Liberals and Labor are responsible for what looks like wilful neglect.

Long-time foreign editor at The Australian Greg Sheridan says, “the scandalous truth is that for all the billions of dollars we have committed to defence, we have done almost nothing to increase our ability to defend ourselves, much less to strike an enemy or keep one at bay”.

If it weren’t so serious it would be laughable that the Prime Minister of a Coalition that has been in power for almost a decade is accusing the Labor opposition of being “weak appeasers” of China, when on their watch our armed forces have been left too weak to defend the nation.

The only explanation is incompetence in the hope no one notices.

Morrison trumpets the AUKUS pact as his great strategic contribution, but this arrangement with the US and the United Kingdom has left us with a meagre ageing fleet of six submarines for the next 20 years.

Cancelled at an undisclosed cost going into the hundreds of millions was the purchase of 12 conventional submarines from the French.

These submarines, Malcolm Turnbull reminded us, would have been much more suitable for the near defence of Australia.

The laser incident last week involved Chinese ships that Morrison said on Monday probably could have been seen from the Australian mainland – thankfully they weren’t on a belligerent mission.

The shambles goes to expensive helicopters that couldn’t fly combat missions, frigates whose hull design means they can’t float with all the equipment we want to load on to them.

The saga is endless, including $30 billion for tanks that would only be useful to defend our cities from an invader who had landed. And that would be because we haven’t purchased the missiles and drones that would deliver us a realistic forward defence.

Morrison boasts that unlike Labor, he has prioritised defence spending to 2 per cent of GDP. Albanese is committed to matching it and is reluctant to join the argument.

But voters have every right to hear assurances from the alternative government in the lead up to the election that it will replace bluster and fearmongering with the hard work of genuine strategic policy development and wiser spending of taxpayers’ money.

Our current emperor has no clothes.

Beijing knows it and will take no notice of arm waving and shouting, nor will it be inclined to do us any favours by restoring billions of dollars in lost exports, and that includes the 1.5 million tourists they used to send our way every year.