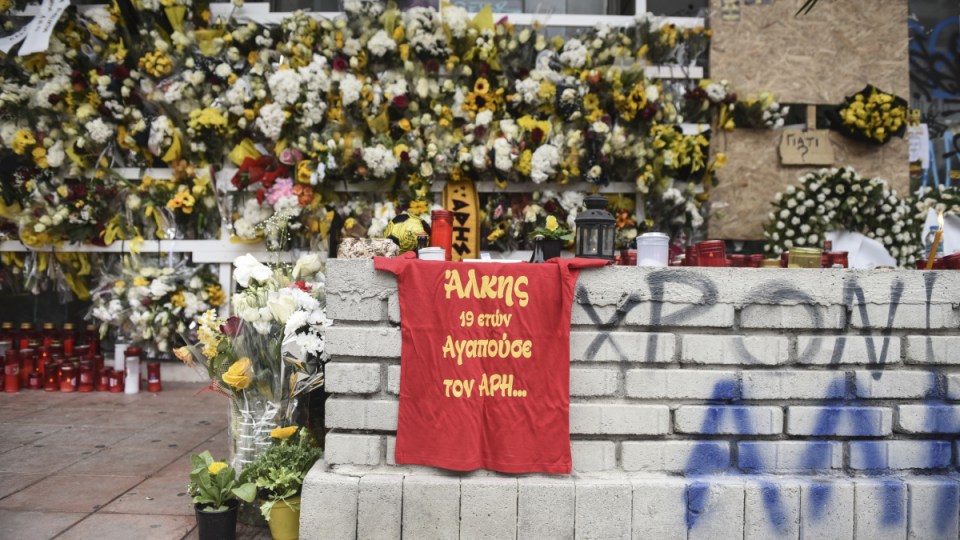 A shrine to Aris fan Alkis Kambanos, whose murder in Thessaloniki has led to a government crackdown. Photo: AP

The Greek government is to close all football supporters clubs until August as part of a crackdown on violence within the sport following the death of a teenaged fan in the northern city of Thessaloniki.

The February 1 murder of 19-year-old Alkis Kambanos shocked the city and fans nationwide – in a country that has struggled to tame sport-related violence and corruption for decades.

A dozen people have been arrested in connection with the attack.

Reports said Kambanos had been sitting with two friends when they were attacked by three carloads of fans of rival club PAOK.

He was beaten and stabbed and his friends hospitalised.

Takis Theodorikakos, a minister for public order, said the new measures would include tougher jail terms and sentencing guidelines for organised sport-related violence.

He added supporters clubs would be allowed to reopen only after July 31 following an extensive review and the introduction of a new operating framework.

“Hooliganism is a global scourge that is responsible for the death of dozens of people,” Mr Theodorikakos said.

“We must join forces, the government, political parties, soccer teams, and players. No one has the right to be absent from this effort to confront the violence.”

The new measures will require parliamentary approval but are likely to receive broad political support beyond the government’s comfortable majority.