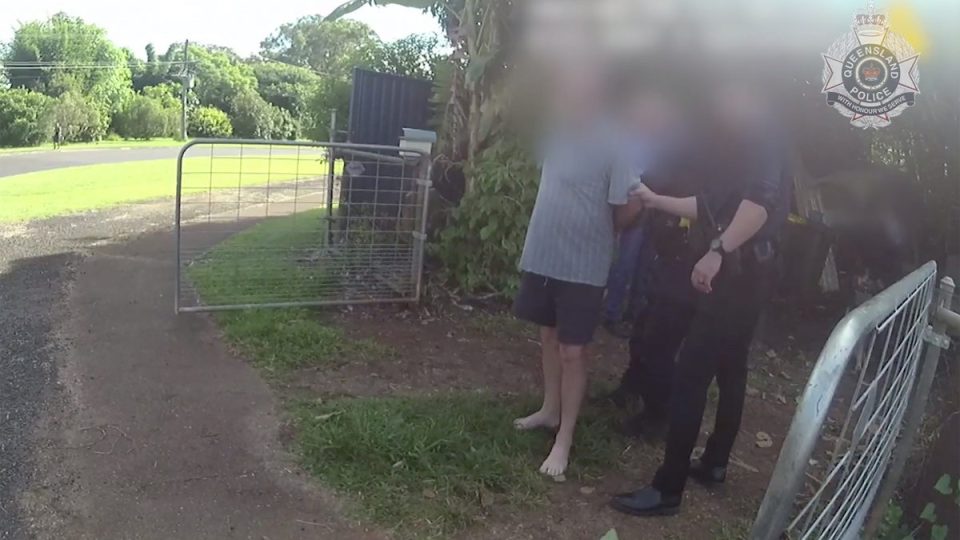 A 12-year nationwide manhunt for a convicted killer has ended in Far North Queensland.

Graham Gene Potter has been wanted since 2010 after he allegedly failed to appear in the Melbourne Magistrates’ Court on charges of conspiracy to murder and Commonwealth drug offences.

The 64-year-old was arrested on Monday morning in Queensland’s Tablelands region.

Video from Queensland detectives showed a barefoot Potter, dressed in only shorts and a T-shirt, being handcuffed in a crowded and messy property.

Victorian detectives will now travel to Queensland to help with Potter’s extradition.

He is expected to appear before Mareeba Magistrates’ Court on Tuesday.

“It certainly puts to an end a long and protracted hunt for a very high-end fugitive that is wanted for very, very serious criminal charges,” Mr Frewen said.

“While the trail had gone cold, the resolve to locate Graham right across Australia has not wavered.”

Potter was allegedly hired in 2008 to kill a man at the wedding of the son of Melbourne underworld figure Mick Gatto.

He also faces charges over a $440 million ecstasy and cocaine haul the same year.

Mr Frewen said he was confident Victoria Police had a strong case against the 64-year-old.

“Graham was involved in the distribution of 25,000 ecstasy pills, so a drug trafficker of significance at the time that he was originally charged by police,” he said.

“He’s a person with prior convictions in New South Wales for homicide. He was on bail for two counts of conspiracy to murder.

“That investigation was seen through to its logical conclusion at the time and we’re confident in the strength of the evidence.”

Potter served 15 years in jail for the 1981 mutilation and murder of NSW woman Kim Barry.

He was known to use disguises, such as wigs and fat suits, and there were several unconfirmed sightings over the years.

Potter was previously spotted by police at Tully, in North Queensland, in August 2010 but escaped.