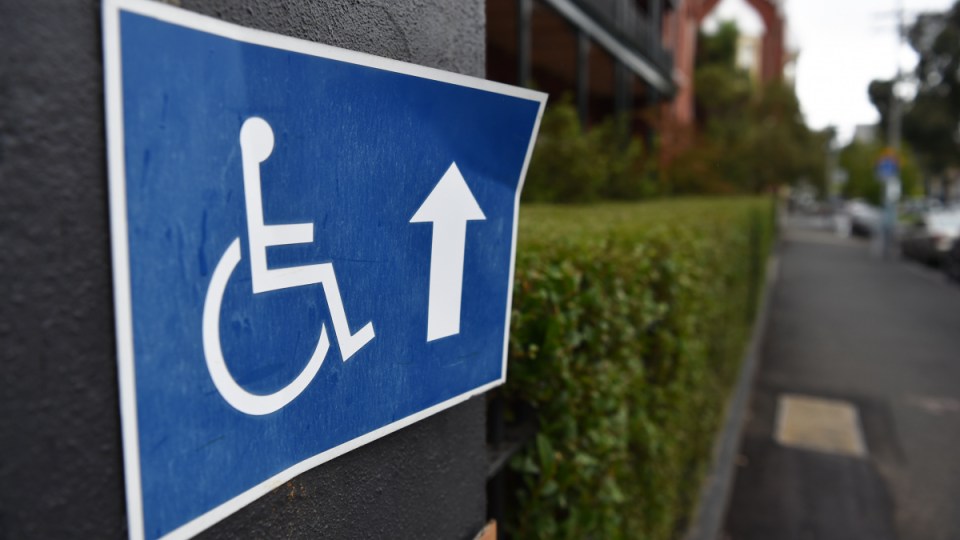 Advocates for people with disability have told the commission of acute fears amid the pandemic. Photo: AAP

The COVID-19 Omicron variant has created “acute fears” for people with disabilities and their care and support, the disability royal commission says.

A statement from the commission lists 10 areas of concern, including an overall deprioritisation and a lack of access to vaccinations for people with disability and support workers.

Concerns also include “severe disruptions” to services from furloughing of staff and a lack of equipment for effective disease prevention.

It also cites government language in public reporting of deaths related to COVID-19, with respect to the underlying health status of individuals.

“The royal commission is concerned that people with disability are still not being appropriately prioritised during this phase of the pandemic in relation to health care, disability support and the vaccine/booster rollout,” the statement reads.

“We have heard the more virulent Omicron variant, combined with the significant easing of restrictions … has created problems for people with disability.

“Advocacy groups and key organisations have expressed acute fears for the health, safety and wellbeing of people with disability.”

It is the second statement of concern released throughout the pandemic, after the first in March 2020.

Social Services Minister Anne Ruston said the 10 areas of concern had been addressed, but added she did not want to diminish the concerns.

“There have been significant activities that address many of the concerns that have been raised,” she said.

But Labor Senator Katy Gallagher said the statement showed the government had not listened to the commission’s recommendations so far.

“The issues they’re raising here are the same things in their previous statement … and their report where the government accepted six of their seven recommendations, and that is a concern,” she said.

Senator Ruston said it was “a bit unfair” to imply there was “some sort of rulebook” regarding how to respond to the Omicron wave.

The Senate estimates committee also heard the government still wasn’t collecting data on how many people with disability were dying with COVID-19.

The government is only counting National Disability Insurance Scheme participants who have died with the virus, a small percentage of people with disability.

Greens Senator and disabled person Jordon Steele-John said it denied the government the chance to measure the scope of the problem and prepare appropriately.

“If I die of COVID-19 next week, which is very possible … I will not be counted by the Australian government … because I’m not an NDIS participant,” he said.

“There is a growing feeling of desperation in the disability community in relation to the prevention of harm and death, but the very least this government could have done two years in would have to ensure if we did die we would be counted.”

Of all NDIS participants aged 16 and older, 61.8 per cent have been boosted.

Some 61 NDIS participants have died with COVID-19 throughout the pandemic.

People with disability left with ‘acute fears’ amid Omicron