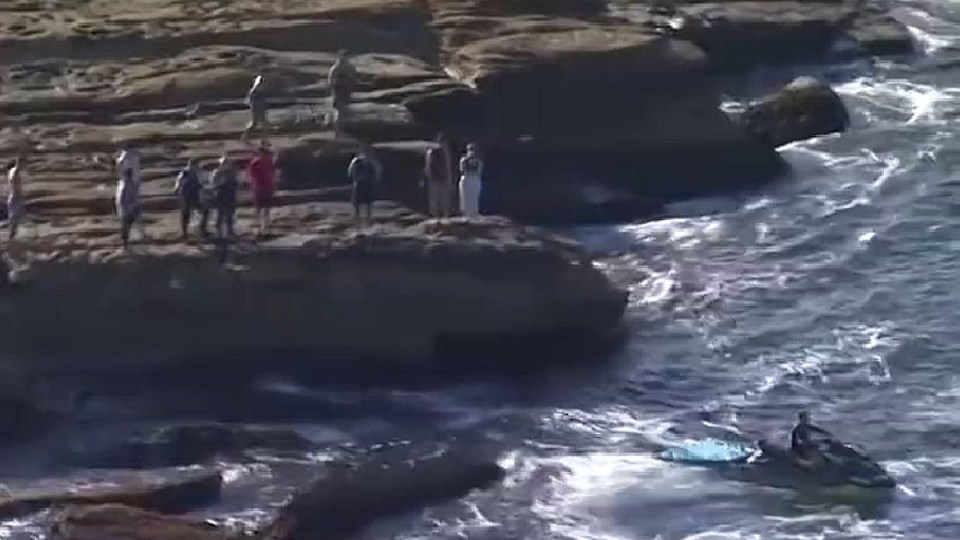 A swimmer has been killed by a shark at an eastern Sydney beach, NSW Police have confirmed.

Fishermen and beachgoers watched in horror as a shark described as a 4.5m great white attacked a swimmer in Sydney’s first fatal attack in almost 60 years.

Emergency responders rushed to Little Bay on the eastern beaches about 4.30pm, but it was too late to save the victim, with a search of the ocean finding some human remains at about 6pm.

“This person had suffered catastrophic injuries as a result of the attack and there was nothing paramedics could do when we arrived on scene,” NSW Ambulance Inspector Lucky Phrachnanh said.

The shocking attack was witnessed by a number of people and video was captured which showed a distressing sequence before the shark and man disappear.

Randwick beaches including Little Bay, Malabar, Maroubra, Coogee, Clovelly and La Perouse will be closed for 24 hours following a fatal shark attack near Little Bay today. Council Lifeguards will patrol beaches over the next 24 hours looking for any further sightings of sharks. pic.twitter.com/0FFNwGCgwe

It was the first fatal shark attack in Sydney since 1963 when actress Marcia Hathaway was killed after a bull shark mauled her right leg in Sydney Harbour.

Kris Linto said the swimmer was in the water when the shark “came and attacked him vertically”.

“We heard a yell and turned around, it looked like a car had landed in the water, a big splash then the shark was chomping at the body and there was blood everywhere,” he said.

Nine said the victim was a local man who swam in the area regularly.

Another witness who was fishing off the rocks told the ABC he saw a man in a wetsuit swimming across the bay when he was dragged under.

“He was yelling at first, and then when he went down there were so many splashes,” the man said.

“It was terrible. I am shaking.

“He just went down for a swim, enjoying the day, but that shark took his life.”

Randwick Mayor Dylan Parker told 2GB the community was in shock to lose someone in their “backyard”.

“Little Bay is normally such a calm, beautiful place, enjoyed by families,” he said.

“To lose someone to a shark like this is chilling. We are all in shock.”

The search was undertaken by rescue helicopters, police search boats and jet skis.

NSW Police will investigate the death and liaise with the Department of Primary Industries.

A report will be prepared for the Coroner.