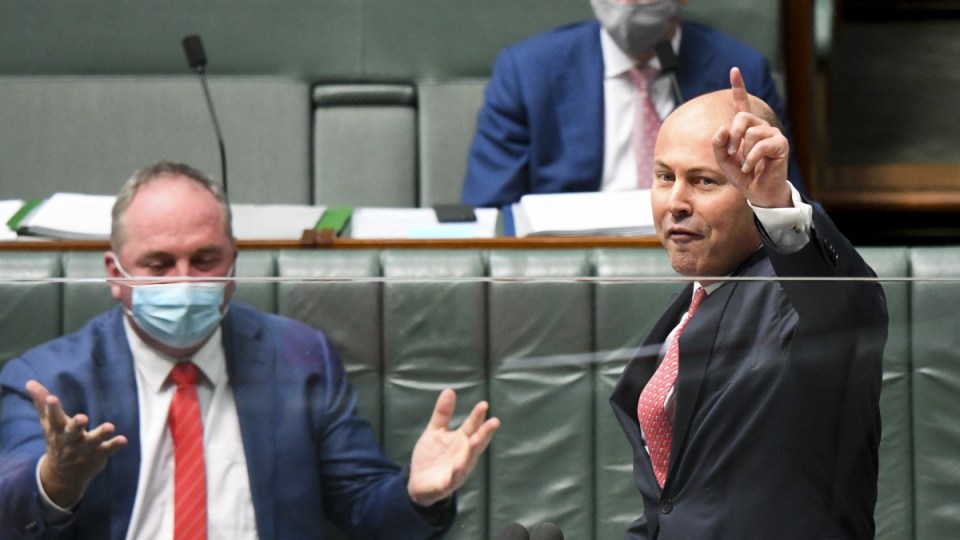 A new poll shows voters prefer Treasurer Josh Frydenberg as leader of the Liberal Party ahead of Scott Morrison.

The Roy Morgan poll of 1080 voters conducted earlier this week showed 38.5 per cent of Australians prefer Mr Frydenberg, ahead of Mr Morrison (31 per cent) and Defence Minister Peter Dutton (12.5 per cent).

A further 16 per cent had no preference and two per cent named someone else.

But Mr Morrison remains the preferred leader among Liberal-National supporters, by 40 per cent to Mr Frydenberg’s 32.5 per cent.

Mr Frydenberg has a 12-point lead over Mr Morrison when it comes to support from women.

On a state-by-state basis, Mr Frydenberg led in New South Wales, Victoria, Western Australia, South Australia and Tasmania while Mr Morrison was ahead in Queensland.

When voters were asked about their biggest concerns about Mr Morrison, they cited poor leadership, his religiosity, lack of commitment to addressing climate change, and poor understanding of women’s issues.

Both Mr Frydenberg and Mr Dutton have publicly indicated an interest in the Liberal leadership some time in the future, but have endorsed Mr Morrison to take the party to the election expected in May.

Commissioner Tom Rogers confirmed the commission had contacted the Liberals after receiving a letter from Labor senator Don Farrell on Friday regarding engagements in Sydney and Melbourne.

Senator Farrell said Ms May – a UK citizen – charges up to $115,000 for speaking engagements.

The senator questioned whether discounted services were considered gifts under donation laws and if state party branches were covered by the ban on foreign political donations.

Mr Rogers said he had started the process of looking into the matter but would not comment further.

“It’s being looked at and I don’t want to cloud that issue as we work through that,” he said.

“It’s a highly complex area of the law for a start, and each case turns on the individual merits.”