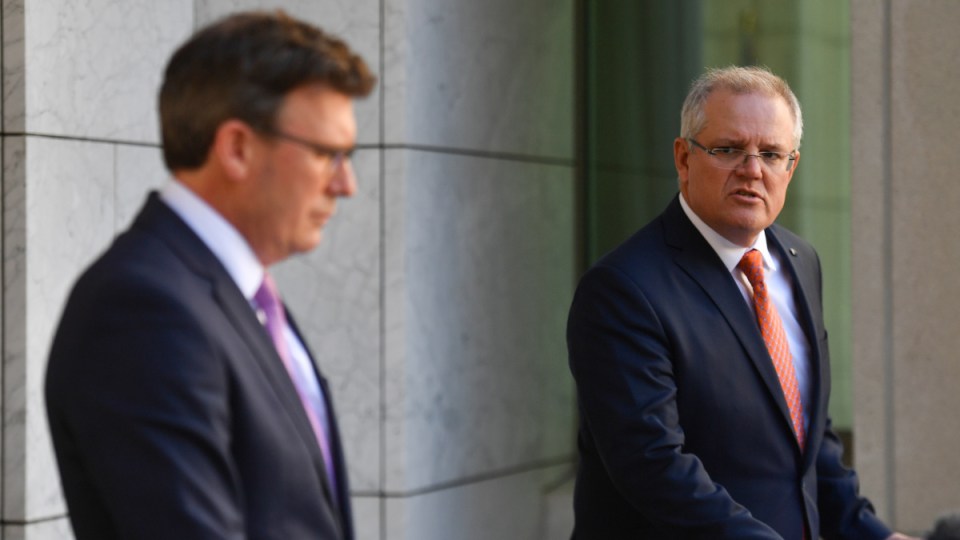 An investigation report into minister Alan Tudge has been handed to Scott Morrison. Photo: AAP

Mr Tudge’s former staffer Rachelle Miller last year alleged emotional and, on one occasion, physical abuse by the minister while the pair had an affair.

The Education Minister, who intends to recontest his Victorian seat of Aston at the federal election, strenuously denied the allegations and went on leave in December while the investigation was conducted.

Ms Miller refused to participate in the inquiry on the grounds its terms of reference and time frame guaranteed a narrative that suited the government’s agenda.

She said, on one occasion, Mr Tudge physically kicked her out of a hotel bed, naked, during a work trip because he was angry about being woken by her phone.

She said she had been drinking with the minister the previous evening, didn’t know how she’d gotten to the hotel room or what happened there and was too afraid to ask Mr Tudge.

A Senate estimates committee heard on Monday the Prime Minister’s department received the investigation report on January 27 and it was hand delivered to Mr Morrison on January 28 because it was “particularly sensitive”.

The committee heard a consultation process was under way with those who took part in the investigation, with feedback due by Wednesday.

Officials told the hearing so far $80,000 had been spent on the inquiry.

It is unknown whether a version of the report will be publicly released.

Meanwhile, the government is consulting on a further measures stemming from the Sex Discrimination Commissioner’s Respect@Work report.

The proposals include a positive duty on employers to prevent sexual harassment from occurring, with oversight by the Australian Human Rights Commission.