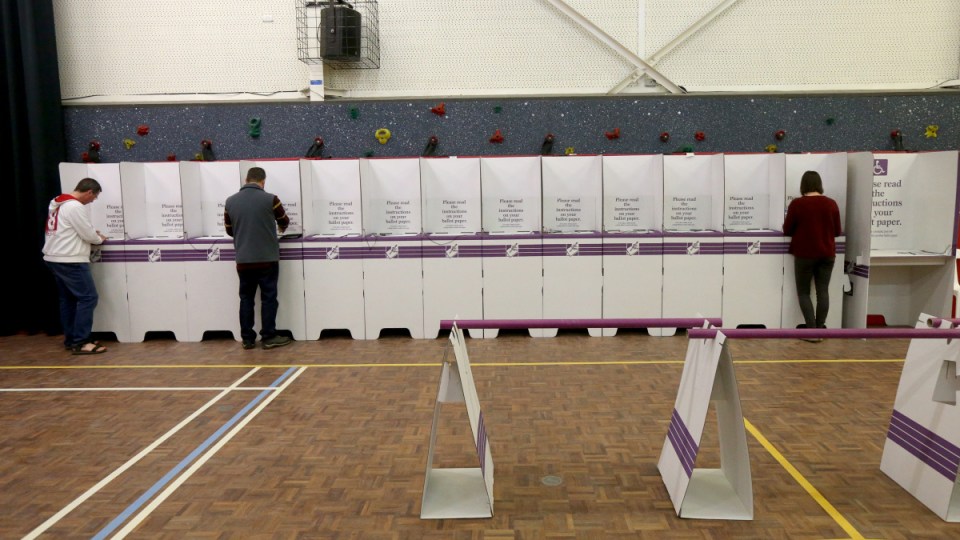 The AEC is facing the complex task of planning for what will be one of the nation's most unusual and costly elections. Photo: AAP

Taxpayers are expected to fork out up to half a billion dollars to run what the Electoral Commission has dubbed the most expensive federal election in Australia’s history.

This year’s election could also see in the order of 10,000 Australians forced to vote over the phone rather than at polling booths due to COVID-19 quarantine requirements.

With just three months left for the government to call the election and the coronavirus pandemic continuing to scuttle normal life, the Australian Electoral Commission (AEC) is facing the complex task of planning for what will be one of the nation’s most unusual and costly elections.

“On cost, this will be the most expensive federal election we’ve conducted, by some margin,” a spokesperson from the AEC told The New Daily.

“When you add in election funding paid to parties after the election it will be around the half-a-billion dollar mark to run the 2022 federal election.”

Prime Minister Scott Morrison is yet to announce when the election will be held, but the latest possible date is May 21.

The government this week introduced urgent legislation in the Senate which grants the Electoral Commission the power to allow those who are forced to quarantine on polling day – including positive COVID-19 cases and their close contacts – to vote over the phone.

Previously, federal election laws restricted telephone voting to people who are blind or have low vision, or those working in Antarctica.

The proposed legislation would allow isolating voters to conduct a telephone vote in the final 72 hours prior to the close of polls and after the cut-off for postal vote applications.

It would be repealed at the end of the year.

Modelling from University of South Australia epidemiologist Professor Adrian Esterman shows around 10,000 Australians could either have COVID or be considered close contacts on May 21.

Professor Esterman told The New Daily his modelling showed there would be approximately 200 to 300 new COVID-19 cases in New South Wales alone on May 21, with each of those cases having on average 10 close contacts.

He said the modelling predicted similar numbers in Victoria.

“That would be quite manageable in terms of the impact on the federal election,” he said.

“But that’s if the current conditions keep going … as long as there’s no changes to public health measures or the emergence of a new variant.”

The Electoral Commission expects the vast majority of Australians will vote in-person at polling booths, but there will be an increase in the numbers casting their votes at an early voting centre or via the post.

“We are of course factoring these expected increases into our preparation,” a spokesperson said.

He also agreed that the election would likely be the most expensive in history, due to increased staff and security costs.

“Everything about this election is going to slow down the count and make it more expensive,” he said.

“I think the issue is whether these people (in quarantine) get the right to vote or not, but the impact on the result to me would be secondary.”

Green said he expected the federal election would be “no different” to the recent Western Australian and Queensland state elections, where more people turned to pre-polling, postal and telephone voting in light of the COVID-19 pandemic.

“All these provisions have been used elsewhere,” he said.

It comes after South Australian Labor and independent state MPs staged an unusual sit-in at Parliament on Wednesday, protesting the Marshall government’s decision to not recall the lower house until after the March 19 state election.

The MPs wanted to pass laws to allow anyone forced into isolation on election day to conduct a telephone vote.

The South Australian Parliament failed to pass legislation allowing telephone voting last year and there are no lower house sitting days scheduled before the state election, meaning those forced into isolation at late notice might miss out on voting.

The proposed federal legislation would not cover state and territory elections.