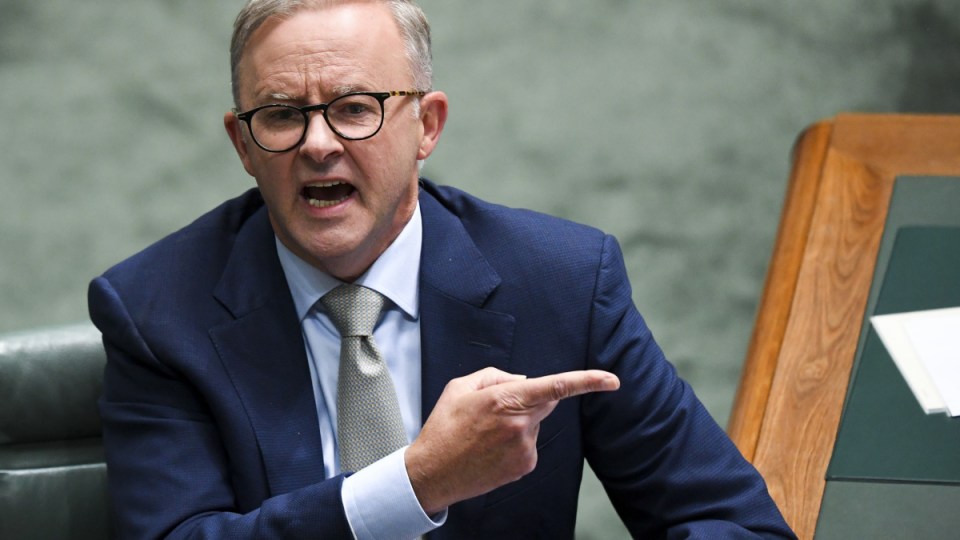 Mr Albanese also lashed the Coalition after allegations about China and Labor were first aired in parliament on Thursday.

“I understand the government’s desperate for distractions at the moment,” he said.

“But I say to them that national security is too important to engage in
game-playing, such as what we saw on the floor of the Parliament yesterday.”

Mr Albanese said Australian Security Intelligence Organisation director-general Mike Burgess had raised no concerns with him about Chinese interference in the ALP.

“The ASIO director-general has publicly stated that if he had concerns about attempts at foreign interference in political parties, he’ll raise them directly with the party leader,” he said.

In a speech on Wednesday, Mr Burgess confirmed that ASIO had recently detected and disrupted a foreign interference plot in the lead-up to an Australian election. He refused to identify the jurisdiction.

Mr Burgess said the plot was spearheaded by a wealthy person nicknamed “the puppeteer”, who hired someone else to identify candidates who “either supported the interests of the foreign government or who were assessed as vulnerable to inducements and cultivation”.

But he said attempts at foreign political interference were not confined to one political party and Australia’s democracy remained “robust”.

According to the report, the operation was run by a businessman with connections to Australia and China.

The ABC and The Australian are reporting that the case involved an attempt to subvert Labor’s NSW federal preselection process last week.

In response to questions from The New Daily, an ASIO spokesperson referred to comment Mr Burgess provided on Wednesday.

“I am pleased you understand I won’t say which jurisdiction it was in, and the reason I am saying that; one – it’s not my job to do attribution, and two – it’s many countries that are doing this and actually it happens at all levels of government, in every state and territory – including the federal,” he said.

“It’s everywhere.  It is pointless to call it out.

“The other important point to note there is the harm was dealt with.  The election was not interfered with.  Our elections remain secure.”

In a statement, the party said it was concerned about the “timing and source” of the allegations, adding national security matters should not be “weaponised” for political purposes.

“NSW Labor can confirm that no national security agency has ever raised these alleged matters with the parliamentary leadership or the organisational wing of the NSW branch,” it said.

“Foreign interference is a real and growing threat.

“We take seriously the advice of national security agencies and support the work they do to safeguard our democratic processes.”

Mr Albanese said he spoke to Mr Burgess on Friday and the counter-espionage agency boss reaffirmed that he had no concerns about Labor candidates.

“I am not going to… engage in a public discussion about national security briefings,” he said.

“It’s entirely inappropriate and would itself be a breach of the law and would itself endanger that national security and the capacity of our agencies to operate clear of political interference.”

Victorian Labor Senator Kimberley Kitching said it was concerning that Chinese spies potentially tried to target Labor candidates, adding there had also been evidence of foreign interference in the university and public sectors.

“I think it just goes to show that China has become increasingly assertive and aggressive in our region, but they know that we wouldn’t tolerate that kind of activity,” she said.

“It’s not a very good, neighbourly thing to do to be trying to infiltrate political parties.”

It came after Defence Minister Peter Dutton on Friday repeated claims that the Chinese government had chosen Mr Albanese as its preferred prime ministerial candidate ahead of this year’s federal election.

Mr Dutton told federal parliament on Thursday that there was “evidence” of the Chinese decision.

He doubled down on Friday, telling ABC radio that he had “open-source information” that the Chinese government was supporting Mr Albanese.

“There needs to be a greater awareness, frankly, particularly from the Labor Party about the engagement of people who don’t have our national interest,” Mr Dutton said.

The remarks drew strong criticism from the opposition and former prime minister Malcolm Turnbull, who likened the allegation to “reds under the bed” fear-mongering.

“I’m worried [the election] is going to get uglier … [Prime Minister Scott] Morrison should try to pull Dutton back in on that, it has no basis in fact.”

Talks about China were expected to dominate discussions at Friday’s Quad meeting of foreign ministers in Melbourne.

US Secretary of State Antony Blinken said in recent years China had been acting “more agressively” in the Indo-Pacific region.

“I think the relationship for all of us with China is among the most consequential and the most complex of any we have,” he said.

Lost at sea? Here’s a desalination unit that fits in a suitcase
Liberals ‘not shown’ legal advice that scuttled religion bill
Today's Stories